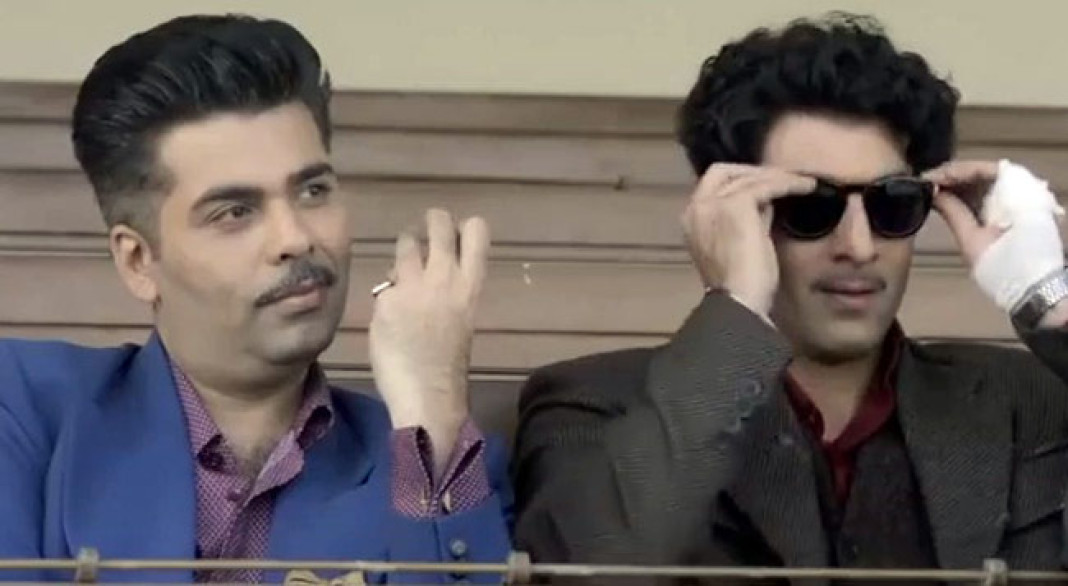 The second trailer of Anurag Kashyap’s Bombay Velvet gives us a glimpse of the daring Johnny Balraj. A guy with big dreams and courage to do everything to realise them.

While the first trailer was a mere our introduction with 1960s Bombay’s night life, the second trailer takes the story further with friends Karan Johar and Ranbir Kapoor turning foes.

At the unveiling, Karan Johar said for him it was like going to a school working with Kashyap.

The big shots….Johnny and khambatta are here to reveal #BombayVelvetNewTrailerhttp://t.co/UAf0g0NRjzpic.twitter.com/G1vNIdUYjv

The film is slated for May 15 release.

The internet is not at all tired of praising Ranbir Kapoor's rather Sanjay Dutt's Sanju. The trailer has crossed 16 Million views in a day...
Read more
Bollywood

We are in the fourth month of the year 2016 and we have witnessed so many Bollywood breakups & separations. Many couples have called it quits...
Read more
Blogs

The huge victory of Team India against Australia in T20 World Cup last evening saw the social media being flooded with memes and puns. Like...
Read more
Blogs

We Indians are crazy about cricket and Bollywood. In India, when we talk of glamorous professions these two will top the list. And when...
Read more

Tiger Woods and Lindsey Vonn have indeed split but sources close to the former say cheating rumors that have plagued him again are baseless. Almost immediately...
Read more
Flicks

Our selected movies have hot scenes and great dialogues too. They take you through a journey of drama and conflict. So grab your box of...
Read more
Flicks

Cannes Film Festival has kept all of us in India also on our toes. Beginning with current Bollywood heartthrob Katrina Kaif, then Sonam Kapoor and...
Read more
Load more
KHURKI

In times of scientific development, we Indians still live by age-old superstitions. Here are some parents who have handed over their newborn in the...
Read more
Blogs

Marriages are one of those few occasions wherein one lets ones hair down and enjoys to the maximum. The fun factors vary from food, clothes,...
Read more