Femina Miss India 2000 Waluscha De Sousa, who is playing the lead role opposite Shahrukh Khan in Fan, was recently seen in a beautiful avatar. 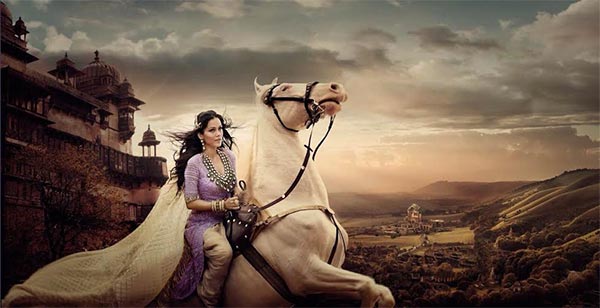 Walusha was seen decked up as Mastani for a jewellery advert.

Originally played by Deepika Padukone in her upcoming flick Bajirao Mastani, this character is certainly gaining popularity each passing day.

While Deepika looks utterly stunning in her new avatar, Walusha De Sousa also did justice to the exquisite persona of this beautiful historic character.

Here is another one for @Jaipur_Jewels. Sharing as it pours outside with thunder & lighting.. Love this weather pic.twitter.com/sA6RoRxwmo — Waluscha De Sousa (@Iamwaluscha) October 3, 2015

Well, this Fan actress has been working hard and taking acting classes for the movie. It’s really exciting to see the chemistry between SRK and Waluscha in their much-hyped movie Fan.

If the recent sightings are to be believed then Katy Perry and John Mayer are together again. Singer Katy Perry and her on-and-off beau John...
Read more
Blogs

If there was any test to certify if you or anyone around you is a chutiya or not, this is what the test would...
Read more
Humour

Hold on to your seat belts....as we take off on a laughing trip!
Read more
Blogs

The Recipe That Destroys Cancer Cells And Heals The Whole Body

This is a recipe for curing the body, purifying the blood cells, healing the heart, regeneration of immune system,  liver, kidneys, secretion system, and...
Read more
Load more
KHURKI

Both the youngsters are quite promising!
Read more
Blogs

Please don't sell your kidney for an iPhone!
Read more