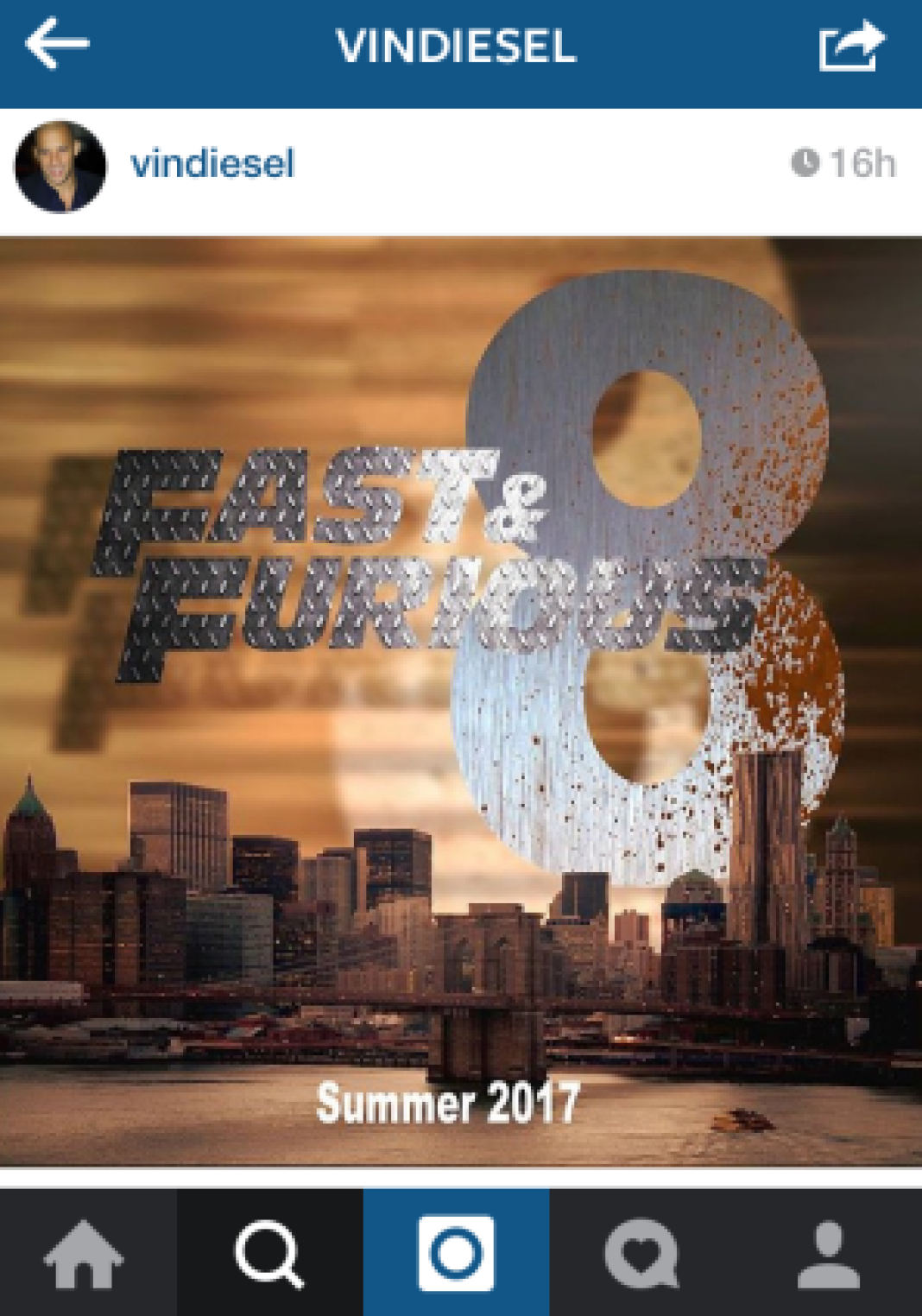 The Fast and Furious American series of action films based on street racing, loud cars and bad tempers was started in 2001. What followed were six sequels, biggest franchise of all time and international acceptance.

Recently, we all shown the enough love to Fast and Furious 7 the series of films embodies the concept of family – not by blood but by choice is all we have as free human beings.

It has been by far my absolute favourite series to watch all these years. FF7 started with a bang and ended with a bang, and in a way that would have crumpled even hearts of steel. The Sweet tribute to Paul Walker moved million of hearts.

Well, we all know this was not the last movie, but only the last one with Paul Walker. But PABLO will definitely be missed and he will never die to forever live in our memories.

But as they say, the show must go on…Vin Diesel has now announced Furious 8 for a 2017 release by displaying FF8 poster on his Instagram:

We all have been waiting so long for this moment to come, to see our own Mastani venturing into new territory. And finally the cat...
Read more
Blogs

Paul Walker loved his cars, every body knows that. So, it's obvious that his family is trying to protect his assets after his death. Paul...
Read more
Flicks

Furious 7 has become the first Hollywood movie in India to gross Rs 100 crore in record time, Universal India said in a release. The...
Read more
Blogs

It's been months since Paul Walker left us for a better world. After naming his daughter Pauline after Paul Walker, Vin Diesel has sung a song...
Read more

Farhan Is Back To Rock On With Shraddha Kapoor!

If you are an idiot, let the world know!
Read more
Humour

Guys always wonder why girls go to the washroom in packs and take so long to return. They find this really confusing! To be honest,...
Read more
Blogs

How Differently Piss Can Be Named In India!

Before Your Next Pee Break, Share This With Your Pee Buddies!
Read more