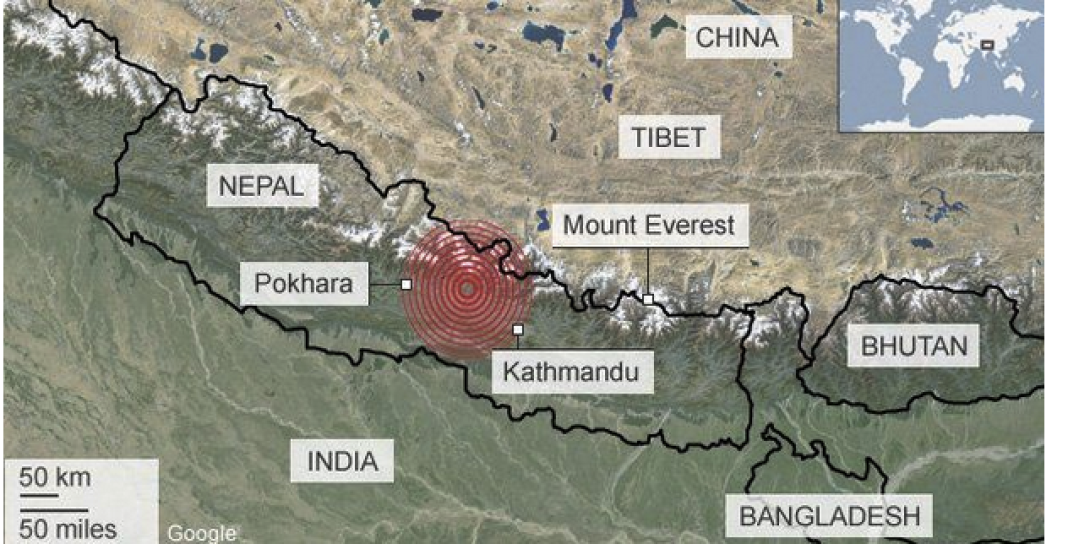 25th April, 2015: 7.8 magnitude earthquake in Nepal devastated Kathmandu and nearby areas, killing thousands. It also moved the city 10 feet south, according to experts.

One of the UN organisations in 2013 showed and shared its concerns about the future possibilities of Nepal earthquakes and how this devastation would unfold. 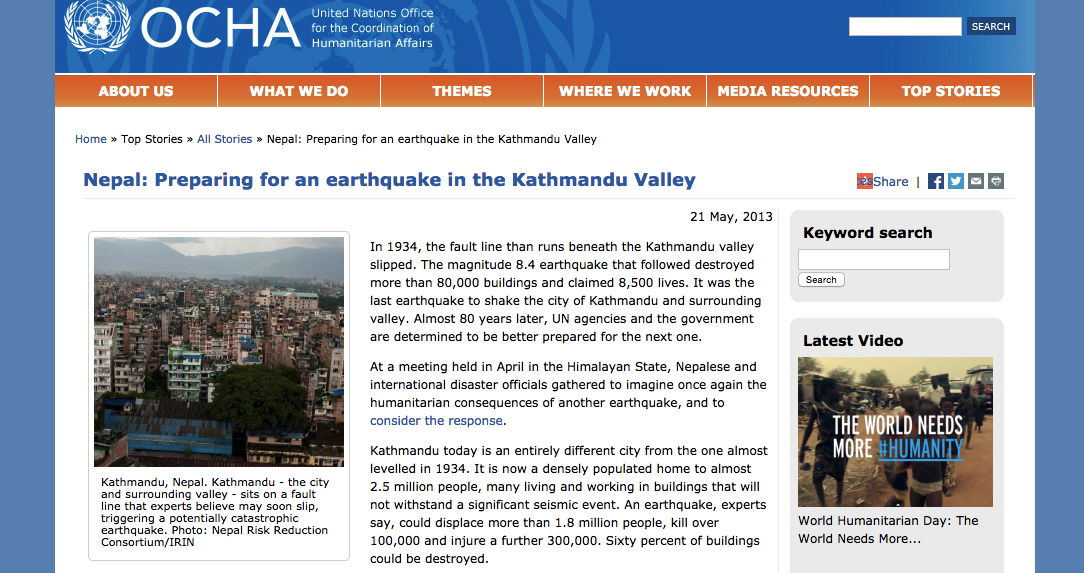 In case of Kathmandu, the tectonic plate under the city shifted southwards 10 feet over another plate along an ancient Himalayan fault line, releasing a seismic shock wave with the strength of “more than 20 thermonuclear weapons,” according to the Wall Street Journal.

Check out this CCTV video of Nepal earthquake of how violently the waves resulting from the slip shook the surface:

In the Nepal Earthquake Kathmandu got displaced 10 feet  which sounds quite dramatic, but for an earthquake of this magnitude, this sort of shift over the fault is quite typical, says Yale seismologist Maureen Long. She explains that the magnitude of an earthquake is proportional to the area of the fault that ruptures times the amount of slip on the fault.

It is also learnt that post Nepal earthquake, powerful aftershocks were felt on Sunday in Nepal, India and Bangladesh, and more avalanches were reported near Everest.

More than 6,500 people have been injured, according to the National Emergency Operation Centre in the Nepal earthquake.

Dozens of people are also reported to have been killed in neighbouring China and India. More than 200 climbers have been rescued around Mount Everest, which was struck by deadly avalanches in the 7.8-magnitude quake.

Nepal Earthquake killing more than 4,300 people, toppling centuries-old monuments and engulfing Mount Everest’s base camp in an avalanche — the magnitude of the devastation is still very unclear.

These Facts About Pashupatinath Temple Will Bewilder You!

The Kathmandu valley is synonymous with Pashupatinath Temple. It is a UNESCO World Heritage Site and that is just one of the amazing facts...
Read more
Khurk

A 28-year-old man spent over 80 hours with three dead bodies inside a collapsed apartment in earthquake battered Kathmandu in Nepal. A woman spent 50...
Read more
Blogs

Nepal’s 10 Well-Known Gifts Of Grandeur And Heritage To The World: Nepal Earthquake Will Change Everything

The Nepal earthquake has left the entire world shaken to the core. The epicentre was unfortunately Kathmandu and its surrounding areas, but its impact is going...
Read more

The old and original flavour of Uncle Chipps was my favourite! Although Lays has taken over the mid-time snack market in a big way, I...
Read more
Bollywood

Drive Away Monday Blues With These ‘Talented Nudes’!

The dancing video of the 'talented nudes' by CRBBX is not really a dance but a skill acquired with perfection. A good dancer might not be perfect...
Read more
Blogs