Check If You Are A True DDLJ Fan! 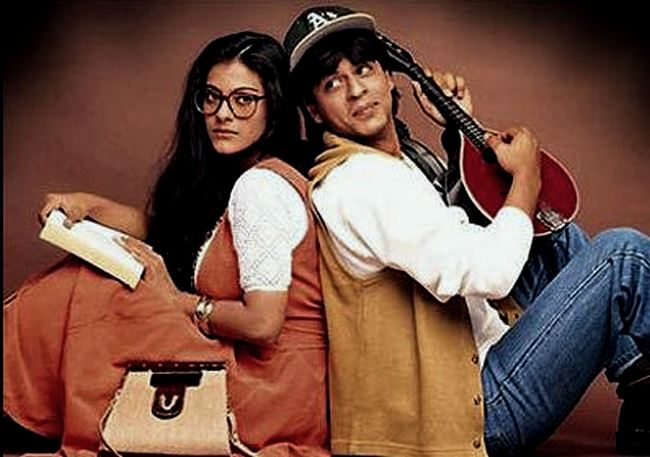 When love was defined by one man, he explained it with the acronym DDLJ.

Hit ‘NEXT’ if you are a true DDLJ fan

Starring Shahrukh Khan & Kajol, the magic created by this film was and is still unmatched. One of the biggest blockbusters-record breaker hit films is what Dilwale Dulhania Le Jayenge is for you.

The romance in Bollywood was redefined by this film. And the followers of this film are still crazy about the concept and the characters of the films. Here’s a look at some of the scenes that any DDLJ lover would relate to even with closed eyes.

Kajol confesses to her mother about the man of her dreams

This is the scene which was indeed modern, as a girl of a typical Punjabi family opening about her love was not that common in those days. Farida Jalal as the mother was quite appreciated for her acting.

The first time this couple of the last so many decades met was an epic scene.

When Simran announces to the public that Raj is a professional pianist & SRK nails it!

Simran tries to get even with Raj after getting irritated of his flirtatious interaction with another girl.

Simran is not able to explain to the cops that she has lost all her luggage and passport. And Raj comes to her rescue….Mrs Raj Malhotro!

And the world-famous ‘original Palat’ scene

If you haven’t tried this in life, well you should now. If your girls turns to look at you, the happiness would be difficult to explain in words.

The hug that completely redefined reunion of lovers

Well, why not listen to the amazing song along with the scene…

This is Raj, Raj comes all the way to India for his girl,

Raj and Simran elope with the Dad’s permission,

Karwachauth, where Raj fasts for Simran

And the selfless and with-no-show-of-love of Raj is here in this video.

And the scene none of us can forget for life.

Final reunion in the train…

And here is the extended part of Jaa Simran Jaa…a scene you just can’t miss.

How many of these could you relate with? Share with us….

The internet is not at all tired of praising Ranbir Kapoor's rather Sanjay Dutt's Sanju. The trailer has crossed 16 Million views in a day...
Read more
Food

Indian summer weddings can be an ordeal if not planned properly. You need to pick your dress and venue carefully. But you can make...
Read more
Relationships

We always think our lives are complex, most of the times we make them such. It is often said that happiness is a choice...
Read more

Salman Khan, one of the most-controversial celebs of  B-Town, has been caught promoting Kashmir and its beauty through his Twitter handle, which is said...
Read more
Blogs

Teacher Rips Off Girl’s Shirt In Front Of Class!

The cat's out of the bag!
Read more
Humour

Father's Day is on Sunday but that doesn't mean you can't start celebrating the day now. And what better way than these ways that...
Read more
Load more
KHURKI

And You Thought This Is How Zara Is Pronounced?

Zara is one of the world's largest and most ambitious fashion retailer and widely successful among youth. But we all have been pronouncing the brand...
Read more
Videos

The internet offers us a crazy news every now and then, but this man has crossed all limits. In this latest video from Hyderabad...
Read more