Prem Ratan Dhan Payo Is Not Such A Salmantic Film! 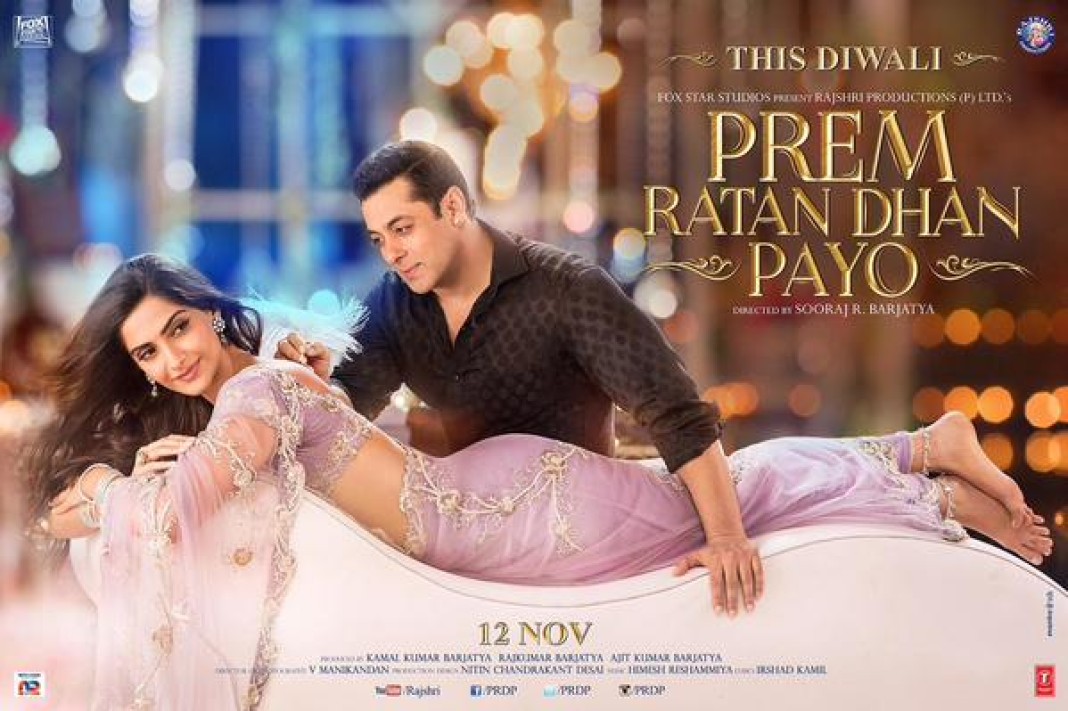 Salman Khan’s another flick awaited since long Prem Ratan Dhan Payo, is finally out with its first trailer.

Prem Ratan Dhan Payo, directed by Sooraj Barjatya, has been making waves ever since it started. But it is not one of those typical film where Salman is fighting against the police, world, villain and finally in the end achieves what he wanted. And, he is playing a double role after a long time since Judwaa…

The trailer is here and yes, the film is not so Salmantic, as it is another film of Hum Aapke Hai Kaun, Hum Saath Saath Hain genre.

Sonam Kapoor is the leading lady in the film opposite Salman Khan, we also see Neil Nitin Mukesh in a dashing royal look for the film.

And with Salman Khan’s ‘Bajrangi Bhaijaan’ making and breaking records at the box office, one is surely expecting Prem Ratan Dhan Payo to set many others.

Salman has specially mentioned that this film is for all to watch with family! The film is obviously expected to be a blockbuster with obvious reasons like Salman is playing Prem for the 15th time and this name has always proved to be a box office hit for the actor.

This is one of the most beautiful film that Sooraj/Rajshri & me have done together in every aspect. The trailer will convey #PRDPtrailer

Also read: Khurki Gets Behind The Scenes Of Prem Ratan Dhan Payo

The pace of the world today is harsh & fast, to match it, is not everyone's cup of tea. There are sensitive souls out...
Read more
Humour

Check how many things you can relate to...
Read more
Food

Sometimes in life all you need is a plate of hot steamy momos with a spicy sauce. The kind of food which has taken...
Read more
Humour

Quora Users Shared Most Inspiring Pics They Ever Saw On FB!

Usually we get inspired by big people, somebody with experience, money, status, et al. But at times in life, there are small things which...
Read more
Load more
KHURKI