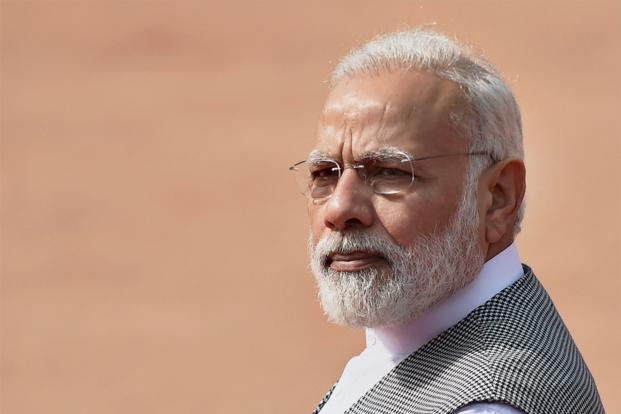 Una, Nov 6: Prime Minister Narendra Modi today made a scathing attack on the Congress over corruption. He was addressing a rally in Una in support of five BJP candidates from the district.He claimed that the NDA government was rooting out corruption that had got entrenched during the decades of Congress rule in the country.“The NDA is working towards fighting the menace of corruption, speeding up the pace of development and creating employment opportunities for the youth,” he said.

Modi said former Prime Minister Rajiv Gandhi had himself admitted widespread corruption by saying that only 15 paisa reached villages out of every rupee sent from the Centre for development. He said his government had taken some strong decisions to cleanse the system and some more would be taken, if needed.

Talking about the GST, he said at the last GST council meeting, some issues that traders had pointed out were sorted out and norms were relaxed and at the next meeting of the council, some more trader-friendly decisions would be taken.He said implementing the GST had saved at least Rs 2,500 crore that was being paid at the inter-state tax barriers and also reduced the time of transportation.

Modi said demonetisation had unearthed about 3 lakh bogus companies with dubious bank accounts, adding that black money amounting to Rs 4,000 crore had been reported on examination of only 5,000 companies out of the total 3 lakh companies.

He said demonetisation had also stopped the illegal flow of money from Pakistan to the Kashmiri separatists, forcing their illegal activities to slow down.Modi charged that 30 years ago, then Congress government had passed a Bill against benami property, but did not implement it since the legislation would have affected the top Congress leadership.

He said after the NDA government linked LPG distribution with Aadhar cards, crores of bogus connections came to light, through which subsidy worth crores was being usurped by middlemen.

Modi charged that the successive Congress leaderships did not have the will power to take the country on the right track and said with the same system and machinery, the pace of development had been speeded up by his government.

The PM said a section of people had been hit by the fight against corruption, quipping that the perpetrators of the menace were questioning the BJP on its action against corruption. Challenging the Congress decision to observe a black day, he said if they don’t, the BJP would observe an anti-black money day.

Shimla, Sep 7: In the run-up to the Assembly polls in Himachal Pradesh, the ruling Congress seems to be heading for more trouble from...
Read more
Himachal

Dark Side Of Snow For School Students in Himachal’s Narkanda!

Shimla, Sep 4: A 27-year-old man from Himachal Pradesh drowned in sea at Candolim beach in north Goa in the wee hours of Sunday,...
Read more
Himachal

He has always indulged in such theatrics: CM on Mankotia

Shimla, July 8: Chief Minister Virbhadra Singh on Friday said that the people of the state were well aware of the changing loyalties of...
Read more
Load more
KHURKI

Admit It: The Lies Parents Tell Their Kids!

Raise your hand if you have done it too...
Read more