Times When Our Lovable Parents Can Be A Pain Too! 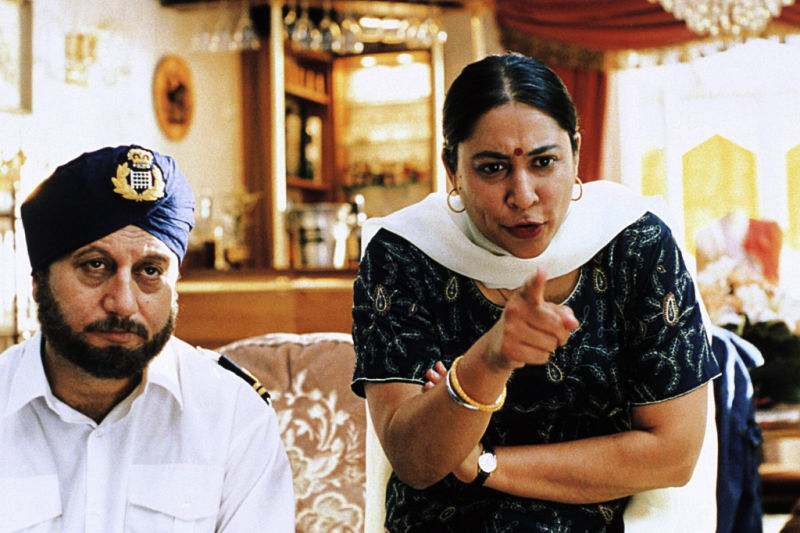 Our lovable parents always try to do things that are in our interest. But this Act of Random Kindness of theirs is generally miles away from our interests. What they understand of our interests is generally based on their perception. It doesn’t matter what we think and if we try to explain our point of view, things end up in an argument. Sometimes they do act really understanding but that sometimes only stays for a while.

When you want to go out 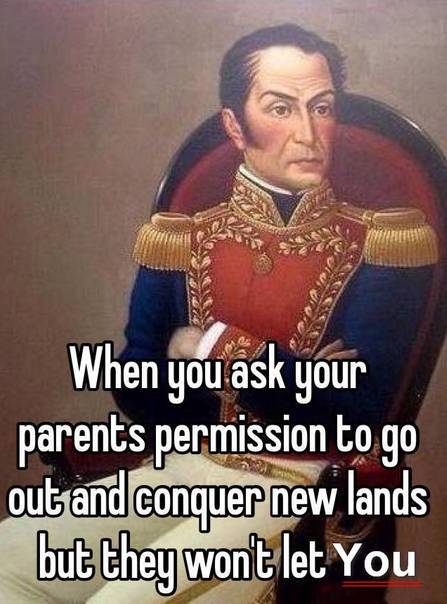 When you decide to go out, the first thing you have to do is get your parents’ permission. And when that is to be done, you better be prepared to be put through a grilling session of questions and be sure that even one wrong answer can lead to doomsday. Basically, get used to hearing NO for an answer.

Talking to a friend

Just remember to let your friends know when you are around your parents while talking to them because even a harmless statement can lead to disaster. A constant glare will  follow you during the entire conversation and if you do manage to get out of sight, you won’t be able to escape the questions once the conversation ends. 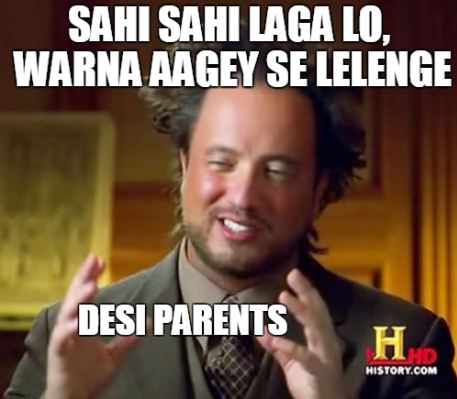 If you are out with your parents to shop something, do one thing – sit back and enjoy the drama. This drama is known as “Bargain Drama” in which one tries to bargain (parents) whereas the other tries to thwart the move. It is the drama which takes place even at places where it isn’t needed and it’s obvious that shopping with parents must be avoided at all cost. Period!

My parents’ review is worst than KRK’s 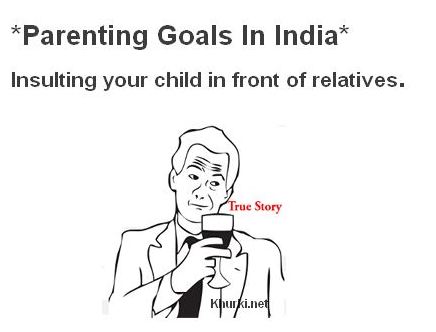 If you are attending a family function, you must brace yourself for major embarrassment because your parents will be making all your private things public. If you try to reason with them, the only answer you will get is “they are family not unknown people, it’s not an issue if they know it”. And you think that doesn’t matter?

Also read: What Parents Need To Do That’s Right Parenting! 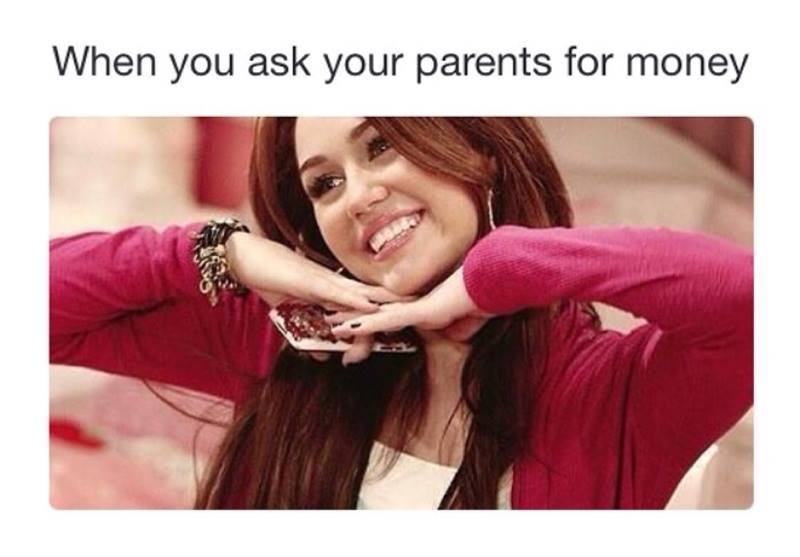 Just remember to keep a well-scripted story ready before you make any demand for money. Memorise the entire script and use it with confidence and innocence filled eyes because only that can help that deadly glare. Do not argue with them because your argument is taken as the perfect excuse by parents to used the deadly two-worded NO.

And when you think of making a decision 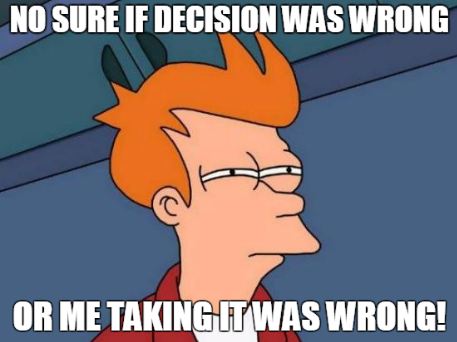 If you are making your life’s decision, the only person whose opinion should matter is YOU. But, not for your lovable parents! For them, the opinion of your relatives and their friends matters. And how can you forget Sharma Ji’s son! Any relation between their’s and your course doesn’t matter, they will be asked only because they are there in their life.

While checking out a place

When you want to pick up a home for yourself, you look at all the elements like locality, people and facilities. But when it comes to our lovable parents, they will look at even those things which don’t matter. Obviously, this will lead to some really unreasonable conversations. They will actually not only go to the extent of asking your prospective neighbours to take care of you, but also expect them to do that.

Also read: 10 Kids With The Most Irresponsible Parents Ever

Childhood is always remembered as the most memorable time of ones life. The times of being free, care less, the days when you are...
Read more
Humour

What if you wake up to find your kid standing on your head with a knife...Creeps! 18 Creepiest Things Kids Have Ever Said, Not Funny...
Read more
Lifestyle

Education Is Not Everything Is What These 7 Successful Persons Prove!

Exams are just around the corner. Students tend to lose their sleep and the level of tension goes above all parameters and similar is the...
Read more

What’s Wrong With Schooling That Children Hate Going To School?

Every child goes through horrible times during schooling years. Was this your reason?
Read more
Lifestyle

7 Reasons Why Hostel Life Is Must For Every Student!

If you have ever lived in hostel, you must have faced all these things and if you haven’t then you should but let me...
Read more
Lifestyle

7 Reasons Why Teenage Relationships Are The Best!

Being in a relationship is a boon, especially when you are a teenager. That's the age when your hormones are at play, Zoop Zarp....
Read more
Lifestyle

Are You Depressed? Well, Nothing Lasts Forever…

Just break the shackles and get on with life...
Read more
Lifestyle

Why Can’t Guys Understand A Few Things About Girls?

If only it was so simple!
Read more
Load more
KHURKI

The cat's out of the bag!
Read more