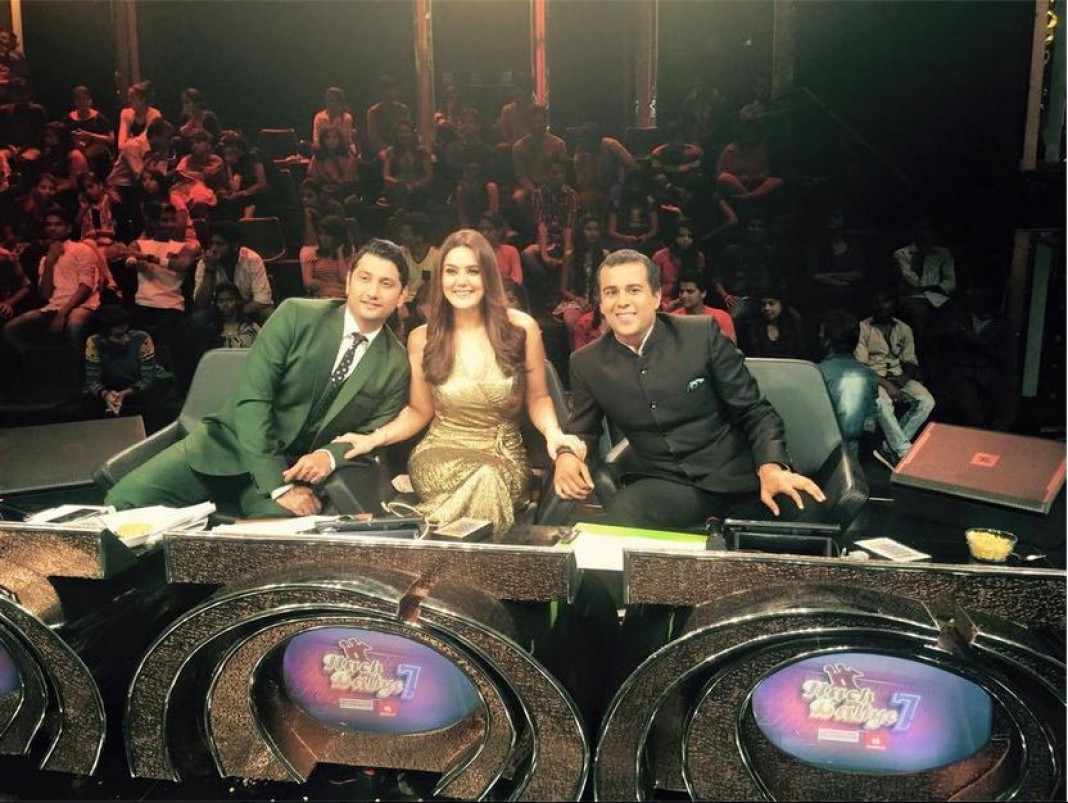 The next season of Nach Baliye 7, the dance competition show which entertains many Indians and creates an inspiration for millions out there who canshake a leg, is back. But, heck what is Chetan Bhagat doing there in the judge’s chair?

This is what Chetan Bhagat has to say:

“To me, it all makes sense. I have opinions on national and world issues so I want maximum people to read my thoughts and listen to my opinions. Through this show, I can reach maximum people, even those who don’t read my books or columns.

“I was skeptical of reality shows, and I informed Ekta (Ekta Kapoor, producer of the TV show) about it. She said ‘Go and find out whether it is real or not’. So, I will make sure that all those doubts are cleared. I will also make sure it is real,” Bhagat said.

The 41-year-old 2 States author said Preity has been a huge influence on the female characters in his books and he is thrilled to sit next to the Kal Ho Na Ho actress.

“It is great to work with her. She has been my crush, since I first saw her in Dil Se. There was no actress like her at that time. In fact, she has almost shaped the female characters in my books. She has been a huge influence. The women in my novels are all bubbly, talkative and bold, like Preity.”

When asked if ‘Nach Baliye’ will give way to more TV shows for him, the Kai Po Che! writer said, “There is a novelty attached to this season as makers have revamped it and added interesting things. But do I want to make a career out of reality TV? I am not sure. But if people like me this time, I would love to come back for the next season.”

Don’t be too sure Chetan, check out the audience reaction:

I’m still wondering why makers of #NachBaliye7 brought #ChetanBhagat as one of the judges. He looks fake & banal in his comments.

#NachBaliye7 #chetanbhagat is an idiot – this is an entertainment show not the place to right all the wrongs in the world!!

Can someone please ask #chetanbhagat to SHUTUP!Why is he commenting on ppl’s personal life?Why is he obsessed on shaadi? @supportkarishma

Share
Facebook
Twitter
Pinterest
WhatsApp
Previous articleLike Me Or Love Me, You Definitely Can’t Hate A Taurean
Next articleNepal’s 10 Well-Known Gifts Of Grandeur And Heritage To The World: Nepal Earthquake Will Change Everything
- Advertisement -

In search of that elusive fountain of youth! Ageing has to be the most loaded word in English language; the word seems to stoop low...
Read more
Blogs

Love makes the world go round and love songs just help all the meaning to it...
Read more
Bollywood

One of Khurki's favourites too...
Read more
Blogs

Only if we could go back to those times...
Read more
Load more
KHURKI

Kids are best known for saying wrong things at the wrong time. They are considered to be the presence of almighty on the face...
Read more
Blogs