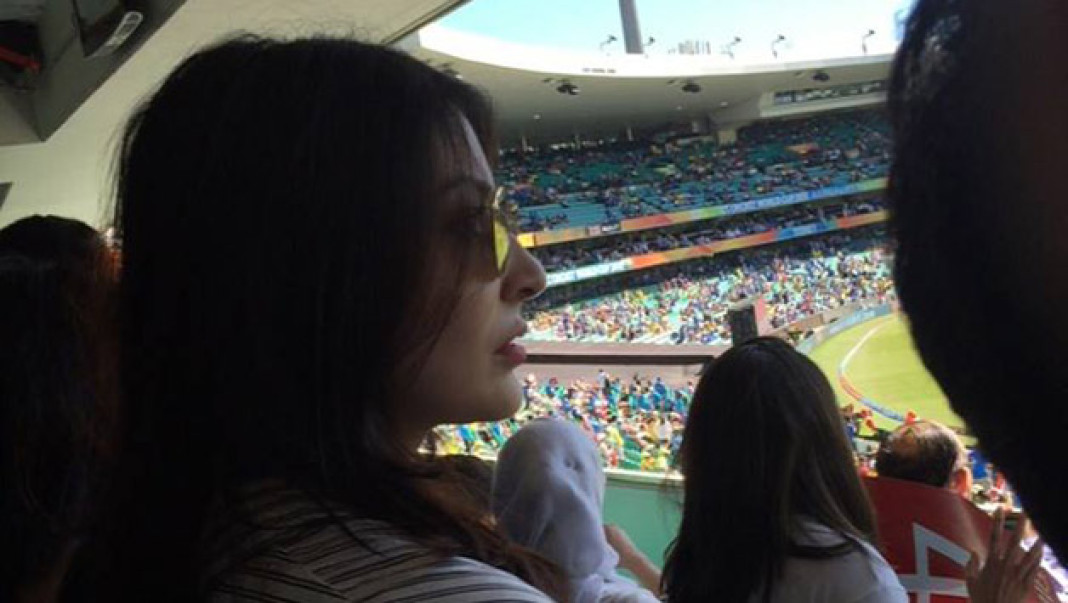 Anushka Sharma is in Sydney cheering for her beau Virat Kohli and Indian team.

The actor has been spotted in the India vs Australia semi-final match that is underway at Sydney Cricket Ground.

Anushka, along with other WAGs, was barred from accompanying their partners to the World Cup. Since the team made it to the semi-finals, the board had allowed the players’ WAGs to accompany them.

The couple went on a quiet dinner at an Indian restaurant accompanied by a member of the support staff and a security officer assigned to team. Post the dinner, they called for a taxi since they did not want to invite any unwanted attention by the fans.

With Anushka at the cricket ground, it would be interesting to see another round of air kisses by Virat on the ground.

The internet is not at all tired of praising Ranbir Kapoor's rather Sanjay Dutt's Sanju. The trailer has crossed 16 Million views in a day...
Read more
Lifestyle

Sachin....Sachin... The crowd goes on a toss when Sachin is on field. Because when Sachin plays well, India sleeps well. We all have numerous memories...
Read more
Himachal

Shahrukh Khan's love for his mom is very well known. So, he made it special on the occasion of her birthday today. He posted...
Read more
Flicks

Was the writing on the wall of Mannat, the official residence of Shahrukh Khan, was a publicity stunt? Well, going by the news of SRK's...
Read more
Load more
KHURKI

What Is Common Between Sri Sri & Sunny Leone?

These days, Sri Sri is figuring in the top trends owing to his controversial World Culture Festival. No, we are not assuming the position...
Read more
Flicks

"Teen Mom 2" star Kailyn Lowry hasn't been shy about documenting her weight struggles on the MTV series, and took to Instagram on Thursday...
Read more