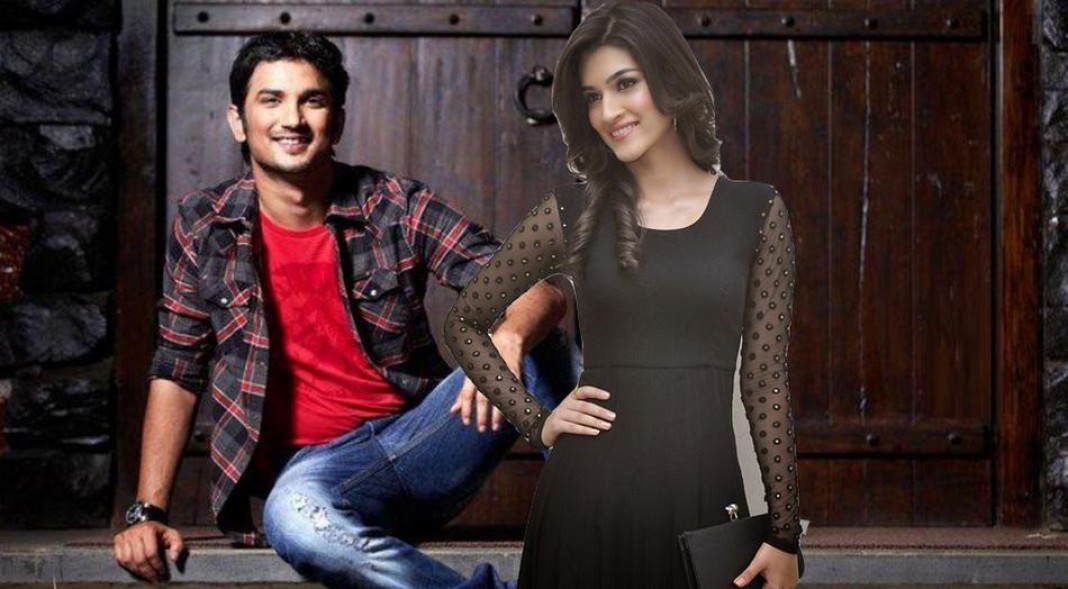 Sushant Rajput and Kriti Sanon create a super-fresh pairing in Dinesh Vijan’s yet untitled directorial debut. The shoot commences early next year and is a high-voltage and hilarious tale of love, dreams and destiny.

Film critic and trade analyst Taran Adarsh shared pictures of Kriti Sanon and Sushant Rajput. Both stills have the young couple looking very much in love.

The untitled project is said to go on floors early next year and will hit screens by November 2016. While Dinesh Vijan, who has produced hit films like Love Aaj Kal, Cocktail, Badlapur, Go Goa Gone, and Being Cyrus, will direct the film, Homi Adajania will step in as producer. The music is being done by Pritam, who is looking forward to recreating magic with the same team as he did on Love Aaj Kal and Cocktail.

The film is being styled by costume designer Anaita Shroff Adajania, who plans to reinvent Sushant and Kriti’s look and enhance the strong chemistry that the actors share. The film is written by Siddharth Garima.

Friday the 13th, also known as Black Friday, is considered an unlucky day. This date, of course, is associated with bad luck and superstition, which...
Read more
Khurk

Ravinder Grewal is coming back with a very cute look. His upcoming flick looks promising and I am definitely looking forward to it. Hope you are too!
Read more
Humour

What society thinks of you is something you should definitely not care about, but this much? Well we are almost always confused where to...
Read more
Load more
KHURKI

After Uber, it's the cabbie of another app-based cab service "TaxiForSure" who has brought shame to the service. A woman passenger reported an incident wherein the...
Read more
Blogs

Father's Day is on Sunday but that doesn't mean you can't start celebrating the day now. And what better way than these ways that...
Read more