Sunny Deol’s First Look For Ghayal Once Again Is Out! 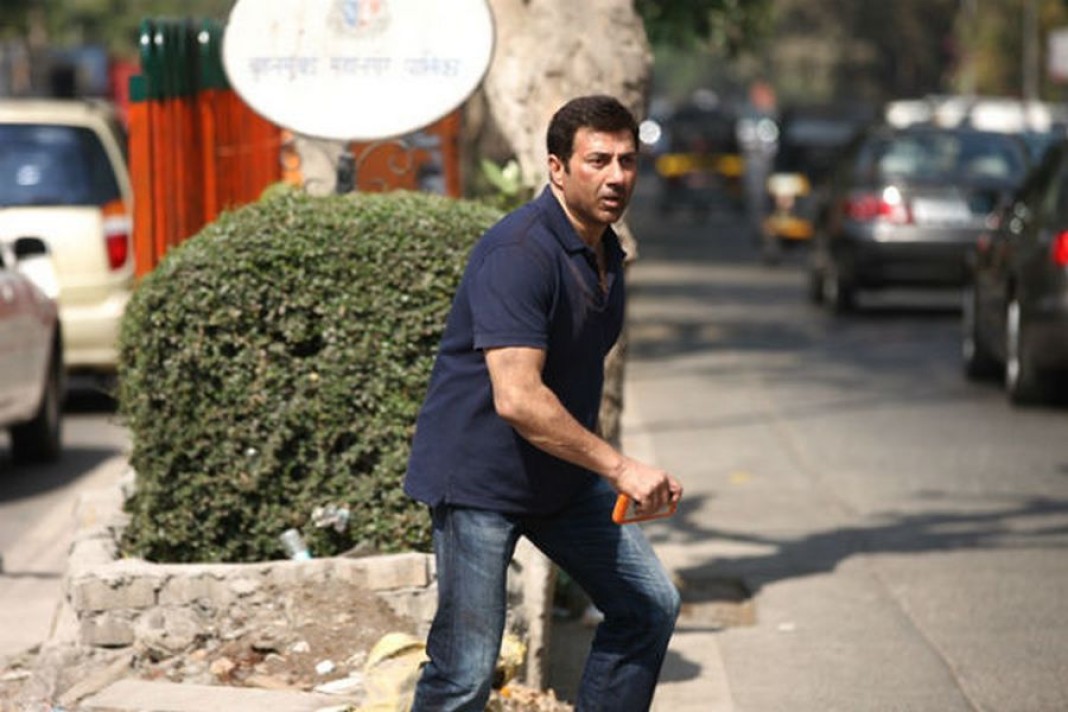 Considering his last few releases like I Love New Year, Dhishkiyaoon and Singh Saab The Great were great flops, Sunny Deol is hoping to spring back with the sequel to Ghayal.

Sunny Deol is going to be back with Ghayal Once Again.

After several delays since the film was announced a while back, Ghayal Once Again is now complete and is scheduled to release on January 15. The first poster from the movie was tweeted by Sunny Deol:

The film will revolve around four individuals and Sunny Deol will be seen fighting for them against the ‘most powerful man’ as shown in the poster.

Movie directed by Rahul Rawail and Sunny Deol himself and this is the second time Sunny has taken to direction after his romantic dud of 1999, Dillagi, which starred the actor along with his brother Bobby Deol and Urmila Matondkar.

Like the first film, the sequel too is produced by Sunny’s father, veteran actor Dharmendra.

Trailer for the film is supposed to be out later today November and movie is scheduled to release on January 15.

The truth is out. Soon after Comedy Nights With Kapil was taken off Colors channel, Sunil Grover promised that they will be back. And, it has been...
Read more
Blogs

Nando's, we all love! But this rapid order of everything on the menu is ridiculous...You all will get hooked to this rapper who showed...
Read more
Blogs

Keep Your Camera Ready The Next Time!!
Read more