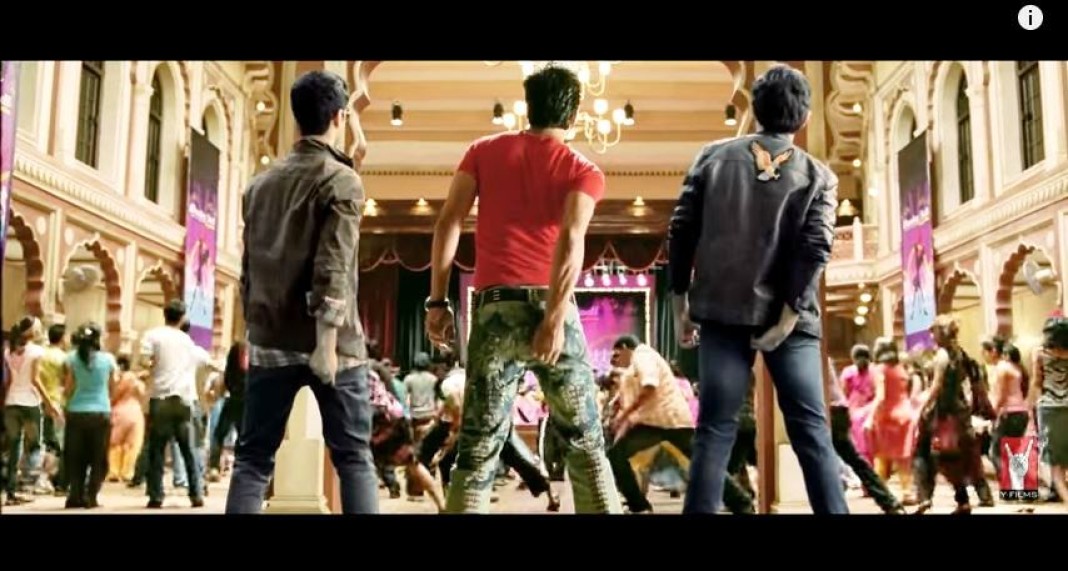 King Khan is all set to celebrate his golden jubilee on 2nd November.

As the Badshah Shahrukh Khan turns 5o, his fans have already started celebrating and giving advance wishes to the birthday boy. SRK is loaded with pre birthday messages and special tributes. His fans are trying their level best to make this handsome hunk’s birthday special and he is loving it too!!

But there’s this one tribute video by Jumbo Jutts that takes the cake. This video by YFilms which has used glimpses from SRK’s best songs is the sweetest tribute that Shahrukh Khan has seen in a long time…That’s what SRK tweeted:

Have a look… You will love this special tribute !!     Thoda senti and zyaada mental is not coincidental……Wow!! That was just an awesome gift and it really makes you Senti-Mental for SRK.

Also read: SRK @ 50…This Man Is Soaring Temperature Even Now!

A big shout out to the editing team ….. Effects and editing is done so well that they look like a part of SRK’s songs. Superbly superimposed into every frame. After getting an overwhelming appreciation from SRK, the boys also tweeted:

Mom, I Hate Vegetables. Here’s What Kids Fear The Most Among Food!

As a mom, the most frustrating moment can be when you have spent hours making a nutritious meal and your child pushes it away...
Read more
Blogs

Get up and dance.
Read more
Relationships

We all love our parents but tantrums, arguments and shouting matches are frequent with them. A big challenge! But it's very common because this is...
Read more
Humour

10-Odd Problems Only Those With Glasses Can Relate With!

Sadly, there are people who are not blessed with a perfect vision and for them being weak in the eyes sucks and life gets...
Read more
Load more
KHURKI

You Might Be Smug About Lying, But Your Mom Knows!

So, you think you are Brad Pitt? Well, we all have assumptions about ourselves, at times to the extent of being conceited! But there is one...
Read more
Blogs