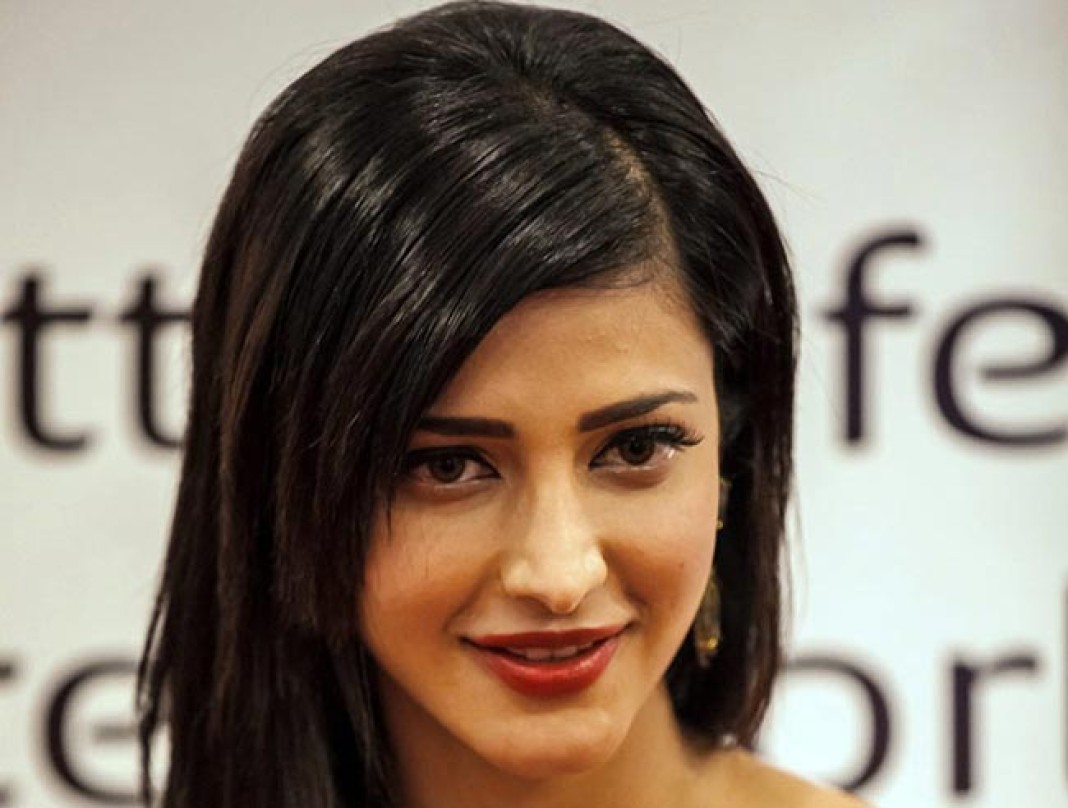 Shruti Haasan has sung a song picturised on herself for her film Gabbar Is Back. What’s more incredible is that she recorded the song in one hour without any break.

“Shruti was shooting in the village of Pollachi for one of her Tamil films. In between her film schedules and her numerous brand shoots, she had just half a day to complete this recording. After a two-hour car ride to Coimbatore and then a flight to Mumbai, Shruti landed and went straight into the recording studio,” a source told.

“She had prepped the song in advance and had worked on the voicing so that she can maximise her output at the studio. And that’s exactly what happened. The music director got what he wanted from her for the entire song within an hour, post which she took a flight back to resume her shoot in Pollachi,” he said.

Directed by Krish Jagarlamudi, the film featuring Akshay Kumar in the lead, is the remake of Tamil film “Ramanna”.

The film also features Prakash Raj and Sonu Sood in important roles, while Kareena Kapoor and Chitrangada Singh will appear in cameo roles.

Next time before you call her a bitch, get to know who Shruti Haasan really is. Giving names, tags, insults, roasts are the in...
Read more
Khurk

They say love is blind! And this holds absolutely true for a woman in love, who will go to all limits to get the...
Read more
Blogs

Guess What…Sunny Leone On BBC’s List Of 100-Most Influential Women!

BBC's list of 100 most influential women marks the fourth year of the season. Every year, they come up with its list of most...
Read more
Bollywood

Vinod Khanna, the veteran superstar who will soon be seen in the much-talked about flick Dilwale, has been training his third son Sakshi for...
Read more
Bollywood

There are many ways to celebrate the Earth Day. Khurki lists out simple DIY steps if you, as a discerning citizen, want to contribute...
Read more
Blogs

Why would they? Acting runs in their blood and this App gives them the opportunity to show off their talent.
Read more
Load more
KHURKI

In Today’s Age of Smartphones, You Still Need These!

Hammer the nail on the head!
Read more
Humour

15 Facts About Geminis We All Should Know

It’s that time of the year again, when Geminis will rule the world. They will drive us crazy with their dual nature and impress us...
Read more