Sharry Maan Is Back With His Latest ‘1100-Mobile’

The ‘Yaar Anmulle’ charming boy Sharry Maan is back with his latest track ‘1100-Mobile’ after a successful last one called ‘Meri Bebe’. The music for this one is given by Nick Dhammu.

Launched under the label Yaar Anmulle records, this one will surely make you tap your feet while thinking of a lost love who flew off to a foreign destination leaving you behind..especially the ones coming from Rural Punjab..!!

Here’s the song for you:

Must say that the young version of Sharry in the video is making him look too cute..bole to ekdum ‘chikney ke maafik’.

The video shows a story of Jindu and Renu who’ve grown together and Renu moves on and returns a gifted 1100 mobile..

Sharry had earlier released a song on the same concept too but it had a sad touch to it..yep I am talking about Visa.. 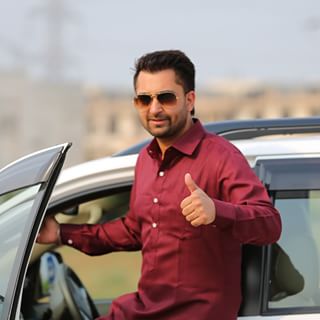 Here’s wishing the mushy singer best of luck for this song..!!

A hilarious video released on YouTube by SpotboyE is a treat for all. And a special one for those who understand Punjabi. Diljit Dosanjh, the known...
Read more
Bollywood

Not very long back, Diljit Dosanjh released his amazing peppy number 'Patiala Peg'. The song was a sensation and a worldwide hit. For those...
Read more
Blogs

You will be sorely missed!
Read more
Blogs

Did You Miss Out On These Amazingly Crafted Films In 2015?

No matter what, this man, will always remain peoples' president, and my vote will forever be for Barack Obama. His tenure of eight years...
Read more
Blogs

First woman to travel every single nation on the planet earth!

Okay, so she might act as an inspiration for you, or may be you can envy her, but hate her or love her you...
Read more
Blogs

Does KRK qualify to be a Khurki?
Read more
Load more
KHURKI

RAGA Roars Or Meows, The Nation Wants To Know

BANGCOCK. Oh sorry! BANGKOK did the magic. Rahul Gandhi made a comeback after his long trip. He roared in Parliament, he roared in his...
Read more
Blogs

Get up and dance.
Read more