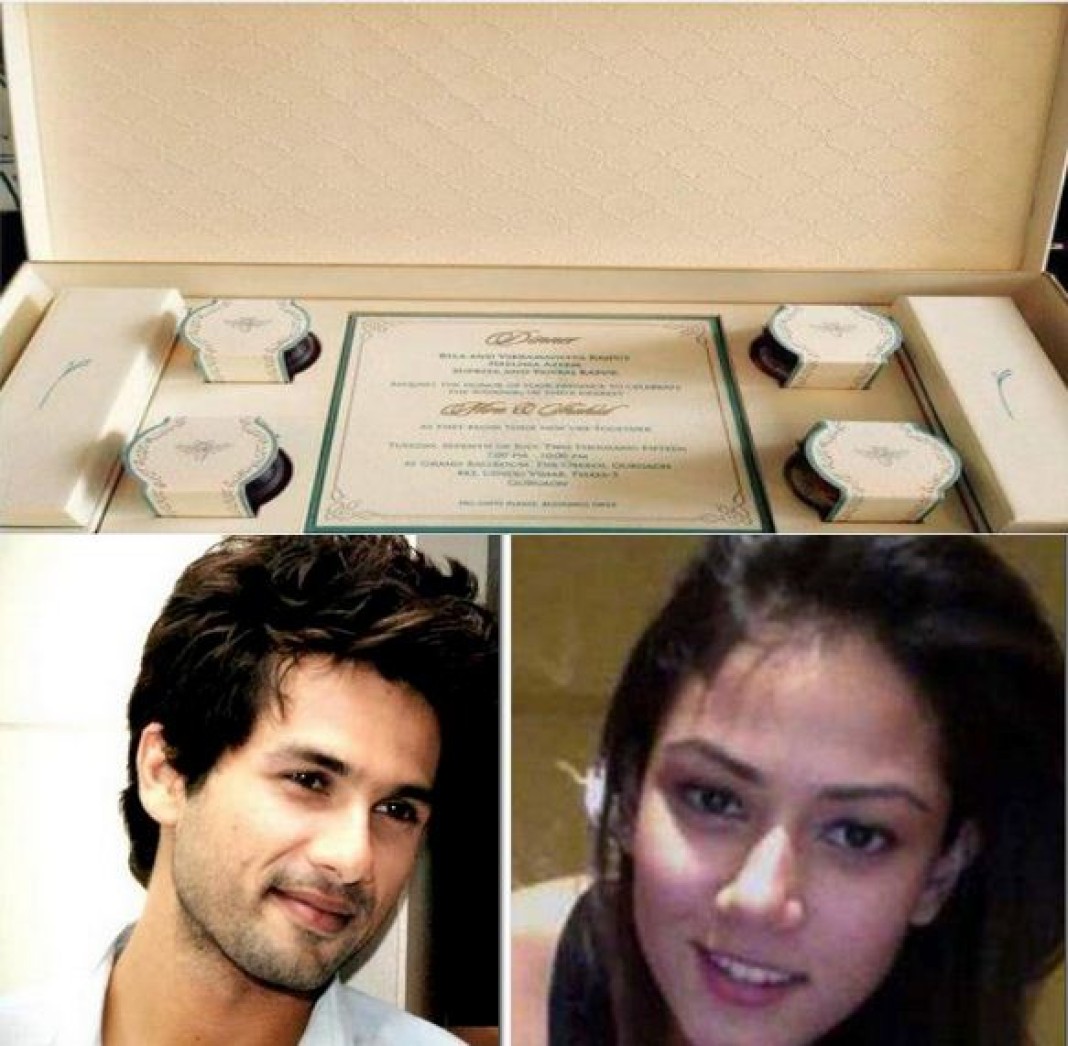 Mira And Shahid Kapoor wedding card has been in news ever since the wedding was decided.

First, it was how there would be no wedding card. Then, stuff about the first wedding card going to Shahid’s ex Kareena Kapoor. Now, everyone is going gooeey-hearted at the fact that Shahid took very keen interest in the final wedding card design.

But, do you know how the card came along?

The card was designed by Ravish Kapoor, the man behind the IIFA invitations. Ravish & Shahid met during IIFA days, and discussed about the card thing right back then.

Here’s What Raveesh said about Shahid’s involvement in the card: 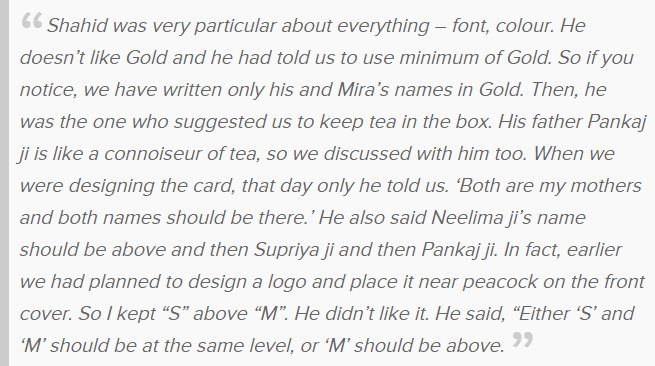 So very sweet and thoughtful, Shahid!

Being Parent, These Tweets Describe How It Feels!

Kids are the most amazing thing that can happen to anyone. They just don't become a part of your life, you become a part...
Read more
Blogs

Click NEXT to find out May be you won't get name and fame in your own country, but in India you will definitely get it....
Read more
Blogs

Holy Jesus! This Is What Having A Bad Day Looks Like…

We all crib about small problems in life, but never realise others might be having worse taste of a 'real' problem. Sometimes, just a...
Read more
Humour

Things You Should Definitely Know About Goddess Lakshmi!

Goddess Lakshmi can rightly be referred to as the most important goddess of the modern era. After all, the 21st century lives by the adage: wealth...
Read more
Load more
KHURKI

Fun Can Be Dangerous Too...
Read more
Blogs

So you gave your number to a pretty girl you met at a party last night. You guys had fun and she looked really...
Read more