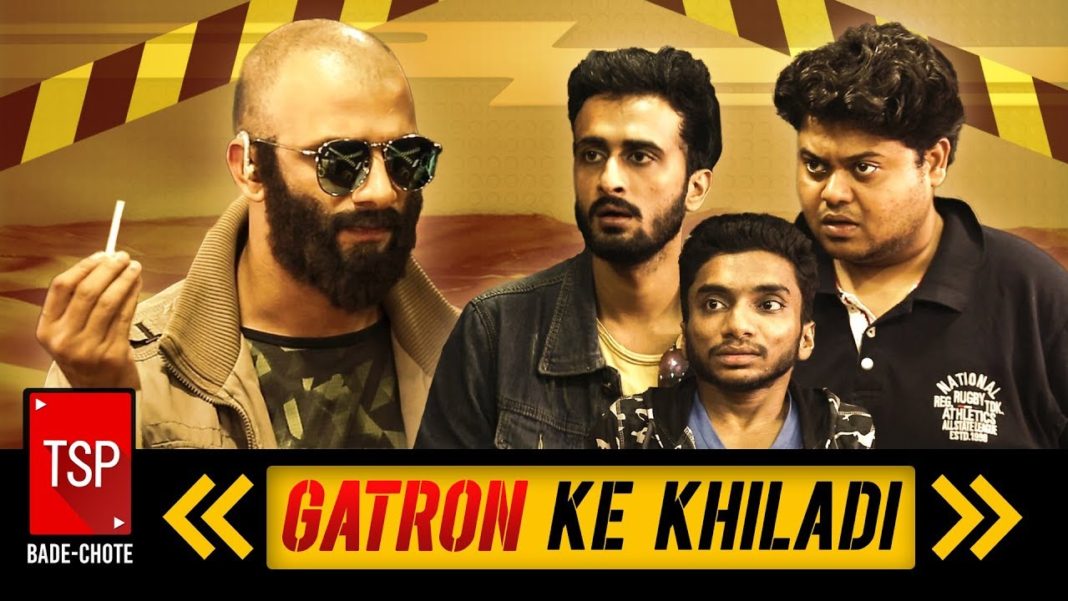 To all those who are a serious a fan of the original show, stop now. Get back to what you were doing earlier. This time, my personal favorite of the comic artists on Indian web have come with another hilarious video.

The spoof is called Gatron Ke Khiladi, with Shivankit Singh performing as Rohit Shitty. Badri as badri and Arun Kushwah as Chote. The spoof is hilarious beyond your expectations. Team of The Screen Patti has definitely done a great Job.

Hit The Bell Icon If You Liked The Video 🙂

So much for publicity, SRK!
Read more
Bollywood

Booked your tickets for the 18th?
Read more
Bollywood

Side effects of stardom!!!
Read more

Khurk
A court in Bihar on Tuesday ordered an FIR against the Maggi brand ambassadors Amitabh Bachchan, Madhuri Dixit and Preity Zinta.   The government on Monday had...
Read more
Bollywood

Anushka Sharma will lip-sync the jazz numbers in her upcoming film Bombay Velvet but the jazz singer in Anurag Kashyap's film was missing from the promotions. Buzz...
Read more
Flicks

We all find cats cute and adorable and this video proves that. We also always enjoyed playing Mario and after watching this You'll enjoy...
Read more
Blogs

Mark Zuckerberg, CEO Facebook was back at the Mobile World Congress, talking about his pet project - internet.org. While he spoke a lot about...
Read more
Load more
KHURKI

Virat Kohli on Dubsmash certainly bowls us over with his superb performance. Virat kohli gives a try to dubsmash 😍 😘 watch out girls 😉...
Read more
Humour

These Comics About Life In India Are Simply Spot On!

We the people of India have a way of life. There are only two ways we do and know our things: My way or the...
Read more