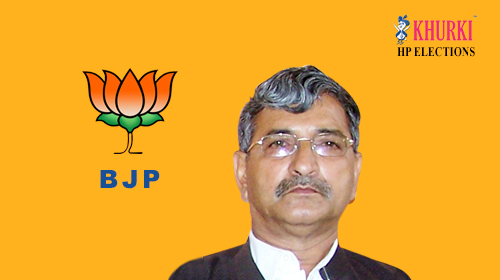 Inder Singh is associated with Bharatiya Janata Party. He was elected as MLA from this Vidhan Sabha seat in the elections held in 2012. He won by a margin of 2204 votes. Rangeela Ram Rao of Indian National Congress was the trailing candidate.

Shimla, July 25: On July 6, when the body of the rape victim was recovered with bites on her body, torn clothes kept aside...
Read more
Himachal

Shimla, Sep 25: Prime Minister Narendra Modi will lay the foundation stone of the All-India Institute of Medical Sciences (AIIMS) near Bilaspur in the...
Read more
Himachal

Development vanishes whenever Cong comes to power: Rajnath in Solan

Father's Day is on Sunday but that doesn't mean you can't start celebrating the day now. And what better way than these ways that...
Read more
Humour

While the world goes gaga about motherhood, with no offence to any feminists out there fatherhood doesn't get really get equal attention comparatively. But...
Read more