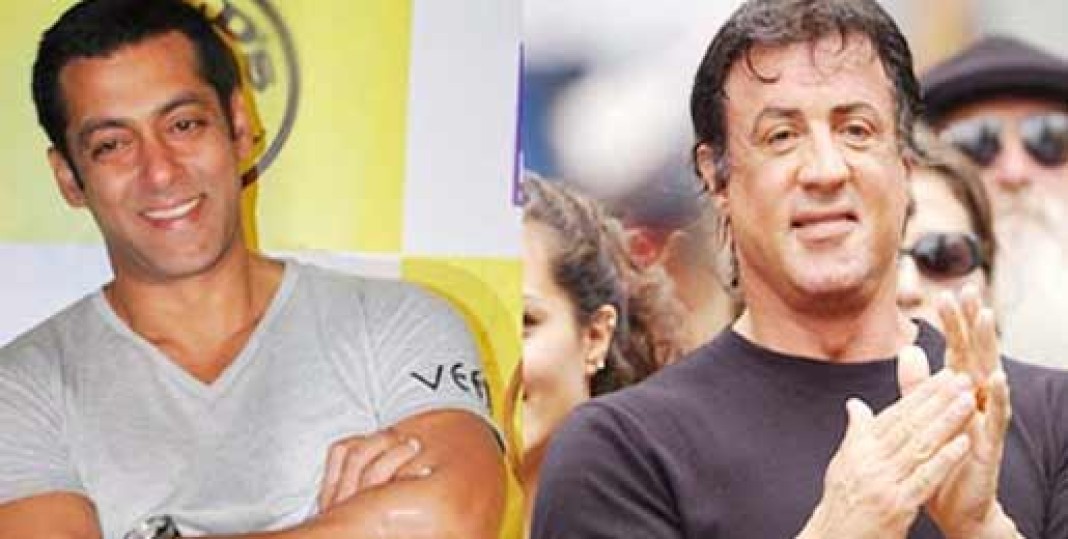 Hollywood sensation and action hero Sylvester Stallone and Salman Khan both have been seen building great relationship on Twitter these days. As he thanked the Bollywood superstar for the compliment that he had tweeted and expressed his desire to do an action film together.

Would like to thank the super talented Indian superstar SALMAN KHAN the Compliment he Tweeted! We should do an ACTION FILM together!

This sweet gesture was a reply to Salman’s earlier tweet wherein he requested his Twitter followers to follow Stallone for he happens to be the hero’s “hero”.

Well, Sylvester Stallone is known globally for his muscled and toned body and of course Salman bhai is famous for not just being human but a muscular human. Both of them working together, that too in an action film is definitely a dream come true for many action lovers and fans of Rocky & Dabangg.

Lol! I’m pretty positive that Sylvester Stallone did research on Salman and was like “woah this dude is awesome!” 😀

Sylvester has earlier done a cameo in Akshay Kumar & Kareena Kapoor starrer ‘Kambakkht Ishq’ where he is seen speaking Hindi and saving Kareena from goons.

After a long wait, Tiger Shroff has released music video Zindagi Aa Raha Hoon Main on the Youtube channel. The song comes forth as the...
Read more
Fashion

It was a surprise to see that Kim Kardashian was left off the front cover for its special edition Met Gala issue. Rihanna was chosen...
Read more
Lifestyle

She underwent a breast enlargement last year, but Iggy Azalea prompted speculation she has undergone more plastic surgery procedures as she arrived at the...
Read more
Lifestyle

For days after Kim Richards was arrested for being drunk and disorderly, the Real Housewives of Beverly Hills star insists that she does not...
Read more
Load more
KHURKI

As Per Our Parents, Gande Bache Aisa Karte Hain!