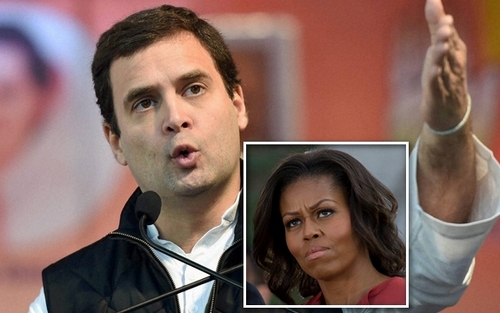 No matter what, this guy ends up becoming the centre of jokes the moment he opens his mouth. Normally, trolls and comics exaggerate the subject of their jokes. But in case of Congress party vice-president, they don’t have to do it – he is dope.

In his Jaunpur speech on Monday, he made remarks which are funny, sexist and stupid at the same time. Man, if this is not talent then I wonder what is.

This Is What Rahul Gandhi Said:

Now if that wasn’t funny enough twitter army of trolls was all set for this man!

This man is simply incredible. Makes me laugh when I’m not in a mood to smile. Thank you @OfficeOfRG Rahul Gandhi.? https://t.co/RafkQ9vfsZ

He is nothing but Gurmehar Kaur of political world, but this one no has gained zero sympathies.

Emraan Hashmi's next Hamari Adhuri Kahani is yet another Emraan Hashmi film with super-hit songs along with Vidya Balan and Raj Kumarrao. And here comes...
Read more
Blogs

Work place is almost a second home, you like it or not but that's certainly true. We all go through different emotions at work,...
Read more
Humour

Rock bands from the West have always been a craze among the Indian audience. People just madly fall in love with the band members...
Read more
Videos

The internet offers us a crazy news every now and then, but this man has crossed all limits. In this latest video from Hyderabad...
Read more
Load more
KHURKI

After the Maggi ban and troubles that our favourite celebrities are facing, it's time we all realised one thing. It is not their fault if what...
Read more
Humour

Get Your Lessons Right!
Read more