Game changer Priya Malik has started bringing changes with her Big Brother Australia experiences in the house. But, but, but…this wilder than the other wild card entries will face racism in the house today!!

If you missed yesterday’s episode, you missed Kanwaljeet’s true face.

You can’t afford to miss today’s episode, as the loud and foul mouth Kanwaljeet will end up passing some racist comments against Priya Malik. The result: Priya will create an uproar.

Actually at the end of the ‘Milking Cow’ task, when the team will be checking the milk can, Rishabh will notice something weird in one of the cans. Rishabh will tell Kanwaljeet that the Blue team has put something that is used to clean the cow’s ass into the can. To this Kanwaljeet will react, “So, is this how you drink milk in Australia? Shee!”

An angry Priya Malik accuses Kanwaljeet of being racist and urges Bigg Boss to kick him out of the house. 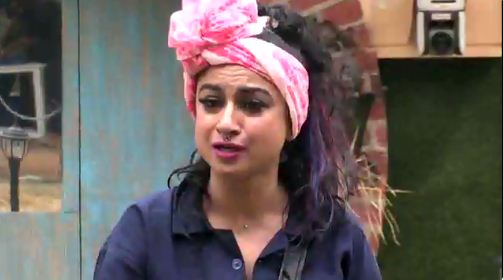 Before this Shilpa Shetty had faced racism in the Big Brother UK house, but in India this would be first time.