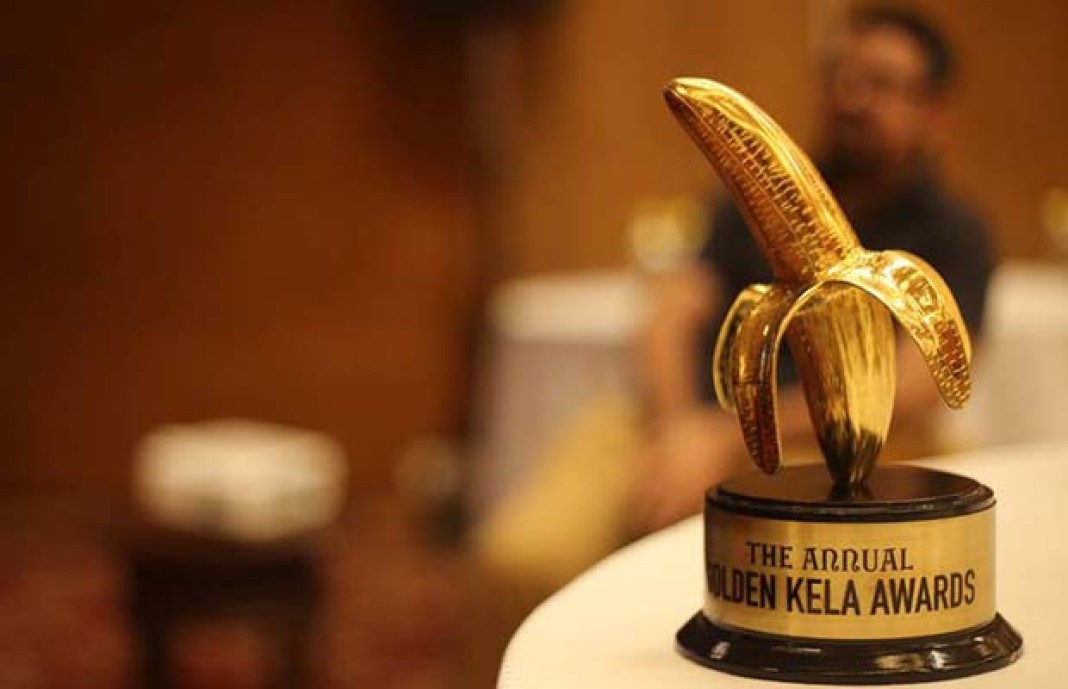 The Indian version of Razzies aka Golden Kela Awards are out with their list of nominees.

Katrina Kaif, Sonakshi Sinha and Sonam Kapoor have been nominated in the worst actress category, while Saif Ali Khan, Arjun Kapoor and Salman Khan have made it to the list of worst actors.

Have a laugh over the complete list of nominations:

Katrina Kaif for Bang Bang!
Sonam Kapoor for Everything She Did
Sonakshi Sinha for Action Jackson and Lingaa and Holiday
Tamannah for Entertainment
Jacqueline Fernandes for Kick

2016 is definitely a good year for Adnan Sami who received his certificate of Indian citizenship from Minister of State for Home Kiren Rijiju in...
Read more
Bollywood

Fitoor stars Aditya Roy Kapur and Katrina Kaif opposite each other for the very first time!
Read more
Bollywood

Most Entertaining Actors of the Year Are Salman & Deepika!!

Salman Khan and Kareena Kapoor's upcoming film Bajrangi Bhaijaan trailer is already smashing the internet and now both the lead stars are out and...
Read more

Is such a reaction justified in the name of sarcasm?
Read more
Blogs

Finally, Apple Watch Launched In India! How Much?

A local metropolitan magistrate court on Monday gave "a last chance" to actor Saif Ali Khan to appear before the court on the next...
Read more
Flicks

Rohit has signed Shah Rukh for his next film Dilwale and to give them company on the sets of the upcoming film will be...
Read more
Bollywood

We might be always saying that 'parents can never lie', but as we grew up, things became clearer and maturity level reached a point...
Read more
Lifestyle