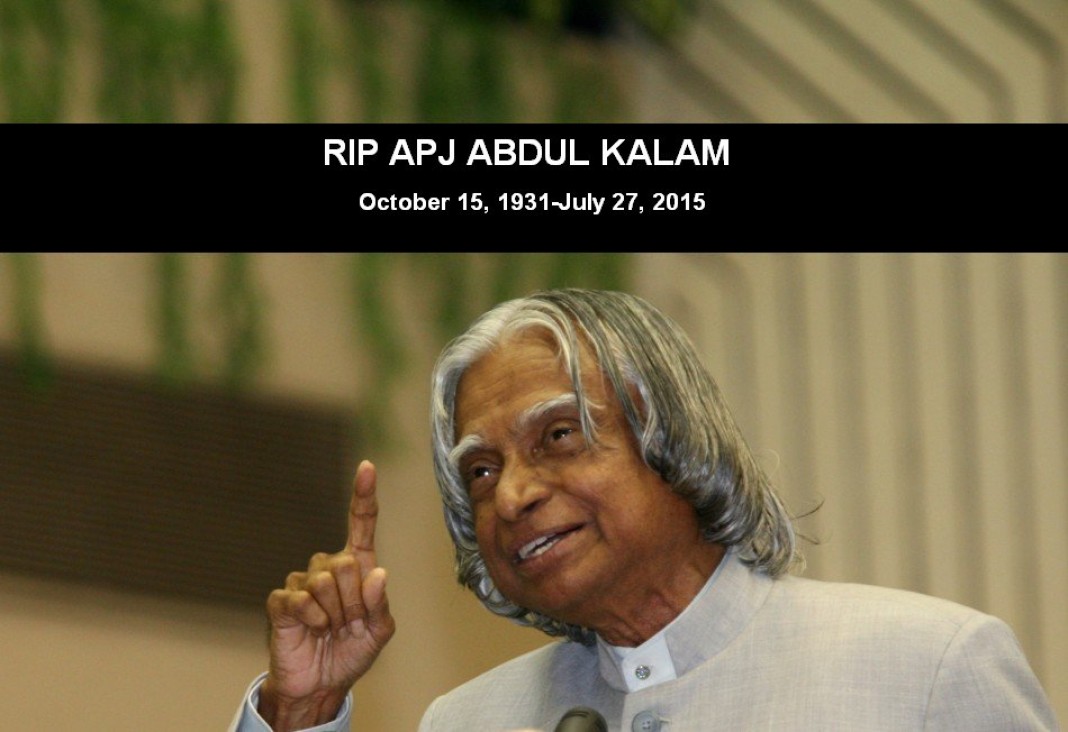 Thousands gathered to bid farewell to the People’s President, Dr APJ Abdul Kalam who was buried with full state honours at a public ground in Tamil Nadu’s Rameswaram town where he was born.

At the Pei Karumbu ground, Prime Minister Narendra Modi saluted Dr Kalam’s body which was wrapped in the Indian Tricolour, before the last rites. The PM then walked around Dr Kalam’s body hands folded.

Thousands of people came from all over the country to pay their last respects to the much-loved President. People have walked down the highway into Rameswaram, they have come in buses, trains and even boats. Many slept on the roads last night.

This morning, the streets of the town were packed as Dr Kalam’s body was taken from his ancestral home to a mosque in a casket covered with a traditional green shawl, carried by personnel of the three services. Dr Kalam’s family, including his eldest brother 99-year-old Mohammed Muthu Meera Lebbai Maraicker accompanied his body.

There were slogans of “Bharat Mata ki Jai” and people waved the national Tricolour as Dr Kalam’s body was then taken in a carriage covered with flowers to the burial site. Many stationed themselves on the terraces of buildings that line the roads to get a last glimpse of their hero.

Dr Kalam died on Monday in Shillong after a massive cardiac arrest while delivering a lecture at the Indian Institute of Management. He was 83.

Known as the Missile Man of India, Dr Kalam played a pivotal role in the Pokhran-II nuclear tests in 1998. He was awarded the Padma Bhushan and India’s highest civilian honour, the Bharat Ratna.

Is it really a promotion or punishment in Indrani case?
Read more
Bollywood

Hrithik Roshan Vs Kangna Ranaut is like a world cup of Bollywood controversy. People enjoy it, gossip about it and ruin personal life of...
Read more
Lifestyle

A new study which suggests that men and women who stay sexually active in their 70s have higher cognitive functioning. For the results, researchers from...
Read more
Humour

Check out this video if you are addicted to Webcam chatting with your friends, especially your boyfriend..!! Save yourself and your friends from getting hacked...
Read more
Load more
KHURKI

So you wanna open a bottle with your teeth? https://youtu.be/0OKPMXu96gI Most people, when they lose a tooth, have to go to a dental implant dentist austin...
Read more
Humour

Funny and obnoxious at the same time...
Read more