PM In France, To Take President Hollande
on ‘Boat Ride’ 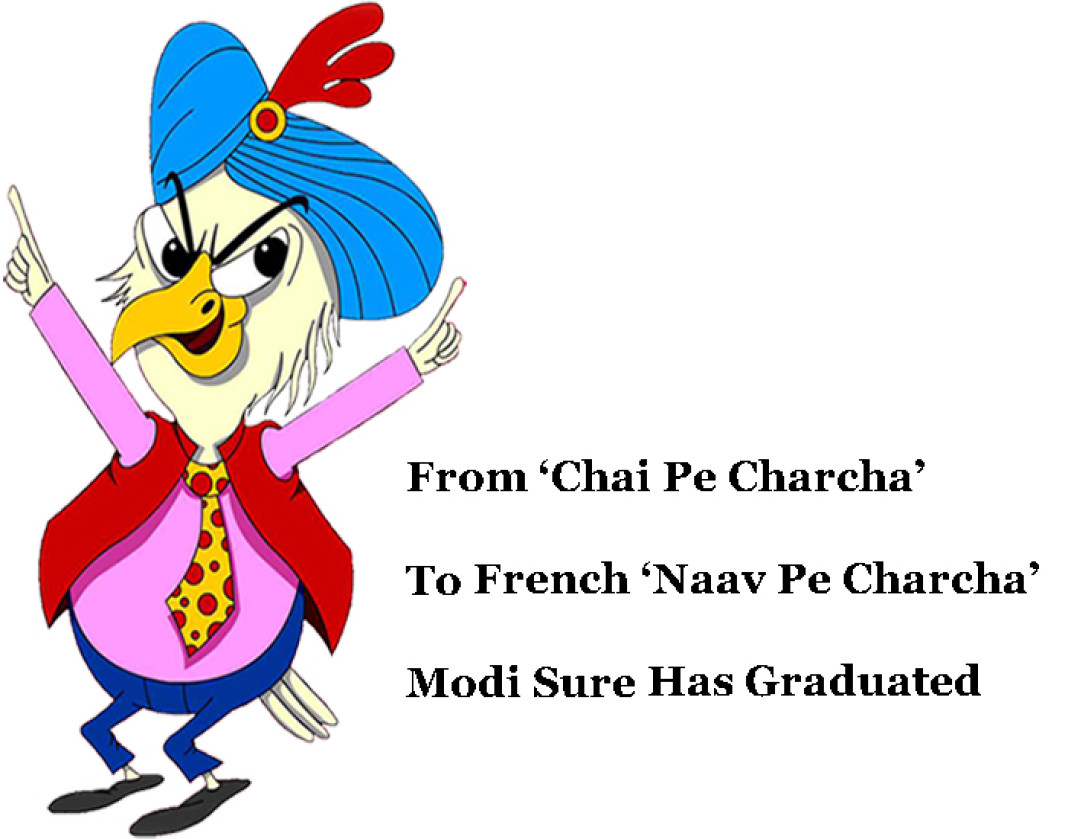 NEW DELHI: From “chai pe charchas” held by Prime Minister Narendra Modi with international leaders so far, it’s over to a boat ride on the Seine river during his visit to France on the first leg of his three-nation tour.

Being dubbed the “naav pe charcha”, the ride on the Seine was reportedly President Hollande’s idea. Heads of state are not often seen sailing down the river, which flows through the middle of one of the world’s most charming cities, but Modi is believed to have wanted to make a trip through all the prominent tourist spots in Paris.

Talks on civil nuclear, defence and trade will be the focus and the PM is expected to push his “Make in India” to French companies in a big way during his 3-day visit.

PM Modi will not confine his visit to Paris. He will travel all the way to Toulouse in the south of France, where he will visit the Airbus factory. The PM will visit the French Space Centre and the UNESCO Headquarters.

In the north of France, he will visit a memorial for Indian soldiers who died in the First World War; he will be the first Indian prime minister to make this visit.

From France PM Modi will head to Germany, where business and technology will be the focus of his engagements aimed at attracting participation in the ‘Make in India’ campaign.

On the third and last leg of his tour, PM Modi will travel to Canada, the first standalone visit by an Indian Prime Minister in over 42 years.

Bilaspur, Oct 4: Rehriwalas (hawkers), who were removed from roads and bus stand ahead of Prime Minister Narendra Modi’s visit to Bilaspur, had a...
Read more
Bollywood

Twinkle Khanna looks very calm and refreshed after her much-hyped vacation. The peace within is very evident from the recent cover shoot posted by Aishwarya...
Read more
Blogs

Who could have thought of it!
Read more
Bollywood

Khurki Is Very Proud Of This Khurki!
Read more
Blogs