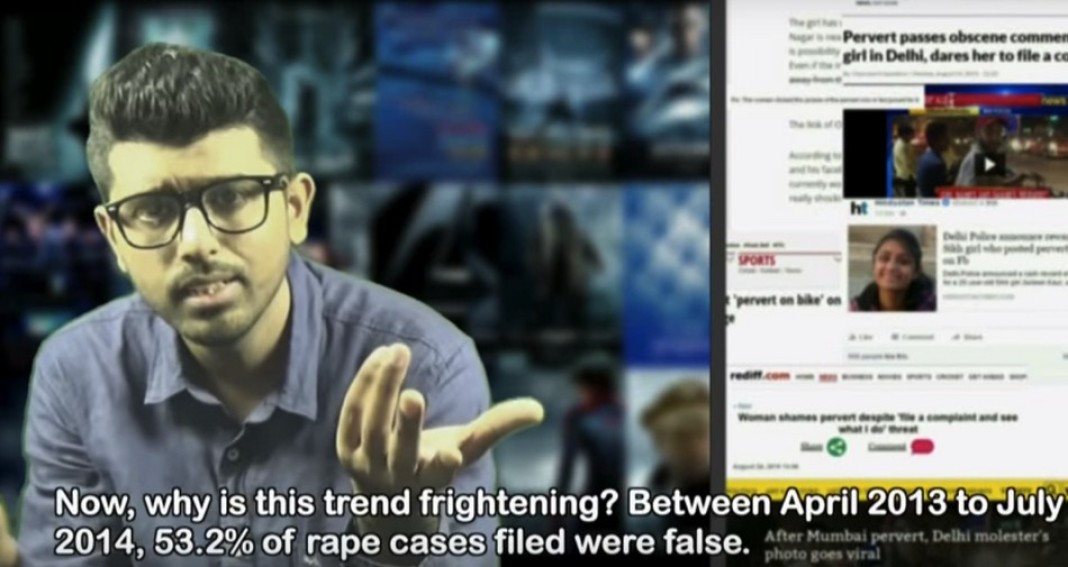 Jasleen Kaur hungery for publicity and the eve-teaser a pervert!

The way the Jasleen Kaur incident turned out, it is no lesser than a Madhur Bhadarkar drama! National channels running after the accused boy with a mic and the girl openly flashing her innocence.

Women are surely getting empowered! But let this not be at the cost of playing with others life! But torchbearers feel the heat too!

Check both the videos before you make up your mind and form an OPINION!

1. This Guy Gives the Perfect Response to Jasleen Kaur Situation!

2. Times Now Interviews Sarabjit – The ‘Pervert’ Who Misbehaved with Jasleen

1. Indian Women lost respect from Indian men form the day they started supporting Nudity,Obscenity and Vulgarity.
The more they ll do, the more respect they ll have to ask for.

2. What happened is unfortunately the result of centuries of male chauvinism. Anybody who knows anything about human beings will acknowledge that probably both sides are exaggerating. However, given the climate that we have created for women, it is only understandable that people jumped to conclusions.

3. First that girl comes up with a heartening eveteasing post and you rob the guy off dignity by publicly shaming him.. after a couple days news comes out that she was lying and the guy was not wrong, now immediately you start publicly shaming her xD … I love you all hahaha.. We really together are moving to some trend. There is a say “A game played by 10 fools is supported and enjoyed by 10lakh fools”

In our day-to-day busy life, we tend to ignore and forget to have fun! But not at Khurki! But Khurki Facts takes it upon itself to keep...
Read more
Lifestyle

What can be more shocking than a man caught urinating inside the Metro. The incident took place in Delhi. A video has been uploaded on...
Read more
Blogs

Moments which even today can be termed priceless..!!
Read more
Humour

Hold on to your seat belts....as we take off on a laughing trip!
Read more
Flicks

After 30-kg Ghagra In ‘Ram-Leela’, Deepika To Wear A 20-Kg Armour In ‘Bajirao Mastani’

Now, the latest buzz has it that the leggy lass is expected to wear a 20-kg armour for her sword wielding sequence. Bollywood actress Deepika...
Read more
Load more
KHURKI

Chennai Kishkinta Park Mishap Will Give You The Chills!

Around 20 workers of Kishkinta amusement park undertook the trial of a mega ride. The ride was one of the major attractions of park and was...
Read more
Blogs