We’ve just got a picture from the set of Vishal Bhardwaj’s upcoming film Rangoon.In this leaked picture Kangana Ranaut can be seen in an action avatar.The look is completed with heavy boots, a leather belt, a whip in her hand, and a thick cord slung around one shoulder. Vishal Bhardwaj is seen standing close by, giving directions to the unit.The photograph seems to have been shot on the sly using a cellphone. 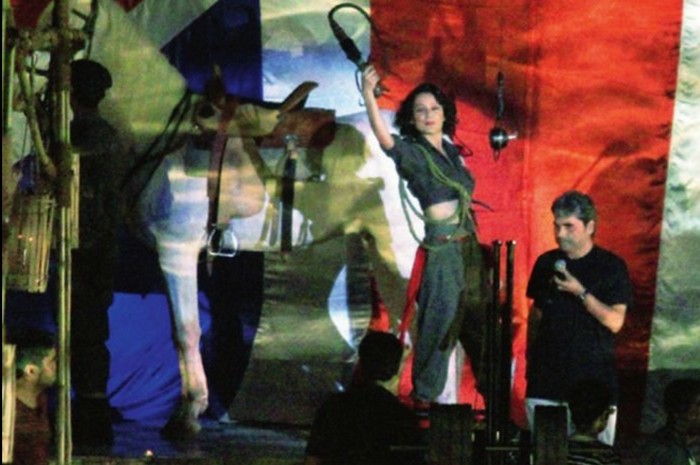 In her earlier interviews, Kangana has spoken about how “physically demanding” the shoot of the film has been so far. For her role of Julia – an actress from the ’40s – Kangana will don western attire and a short hair. She has been extensively taking lessons in ballet and horse riding for the role.Preparation for her role will reportedly see Kangana travel to New York for extensive research work. 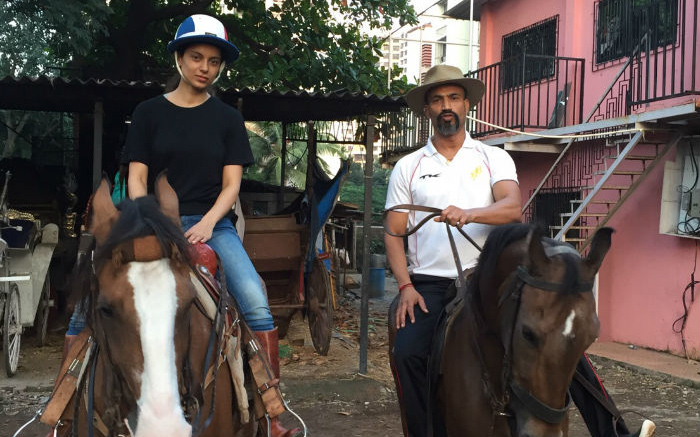 Rangoon is currently on the floor in Mumbai, and stars Shahid Kapoor and Saif Ali Khan. Saif and Shahid have acquired a military look with crew cut hair and thin mustaches.

Kangana was shooting at a large wooden set that was erected in what seemed like a makeshift lake.A gigantic Union Jack completes the backdrop of the shot. 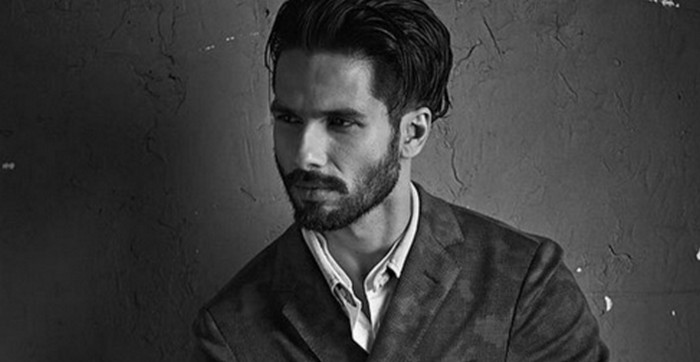 Unconfirmed reports have claimed Rangoon is meant to be an epic love triangle along the lines of Michael Curtiz’s Hollywood classic, Casablanca, which starred Humphrey Bogart, Ingrid Bergman and Paul Henreid. 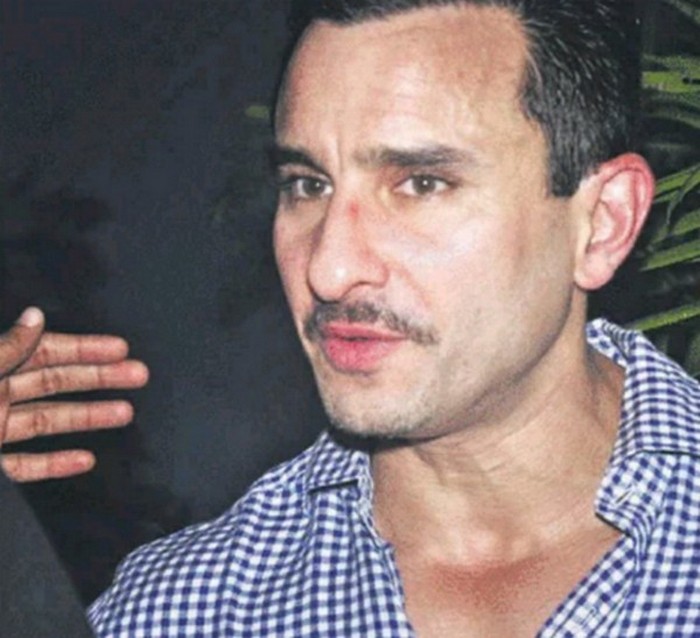 Shahid returns with Vishal after their last critically-acclaimed outing, Haider. While Saif has notably worked with the director in Omkara before, this is Kangana’s first film with the famous filmmaker.

While Rangoon will have a cameo by Irrfan, Esha Gupta has been roped in for an item number.