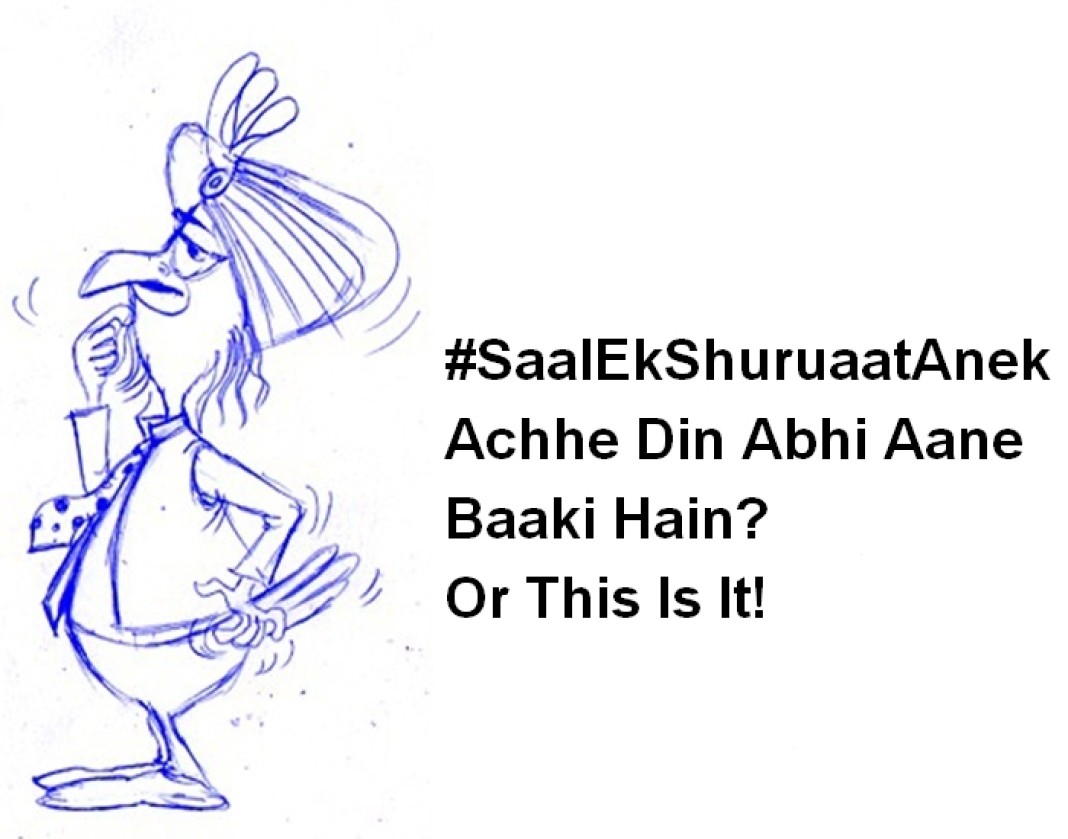 On the completion of his first year in office, Prime Minister Narendra Modi spelt out the achievements of his government. In an interactive page on his personal website, Modi presented facts, figures and statistics on all that has been achieved during the last one year.

In a self-assessment, the Prime Minister judged his own administration on various parameters that included overall governance, foreign policy, pet schemes and a comparative analysis with the earlier UPA regime.

His ‘report-card’ displays a marked shift from the earlier Congress-led administration which has often confessed to not being able to highlight its own achievements. In the general elections last year, that very failure had spelt doom for the Congress party falling to its heaviest defeat in history at the hands of the BJP.

The interactive page, that has been designed to look glossy and sleek, tom-toms the government’s record on parameters such as index of industrial production, growth in electricity generation, number of transmission lines, coal production figures and the country’s forex reserves. For those that don’t know, it’s a market where investors trade one currency for another and make a profit or loss off of this transaction. They look at forex signals, trends, and other aspects of the market to decide what the best investments to make are.

PM Modi, who has received praise and brickbats equally, for his renewed focus on foreign policy makes the case that his visits have ‘generated tremendous gains for India.’ India’s stand at World Trade Organisation (WTO), its relations with SAARC nations and the spotlight on PM Modi’s pet scheme of ‘Make in India’ are some of the examples that are highlighted on the page.

A look at his open letter to the electorate who made this possible:

Met Rashtrapati ji on the occasion of our Government completing a year. @RashtrapatiBhvn pic.twitter.com/LohDRYtZJn

Which Are The 8 Must-Do Things In Case Of Earthquake?

A major earthquake of magnitude 7.5 on Richter scale struck Nepal and parts of North and Northeast India on Friday. Widespread damage is being...
Read more
Blogs

Virat Kohli on Dubsmash certainly bowls us over with his superb performance. Virat kohli gives a try to dubsmash 😍 😘 watch out girls 😉...
Read more
Lifestyle

A new study has revealed that having sex on the first date leads to romance. The survey of 2,250 people by the sex toy...
Read more
Blogs

You must have often seen modern art taking on society like a boss. Modern art today explains such complex realities in a way that...
Read more
Load more
KHURKI

Sometimes you can up come with something serious and tun it into epic comedy. Not all of us can do this, you need special talent...
Read more
Humour