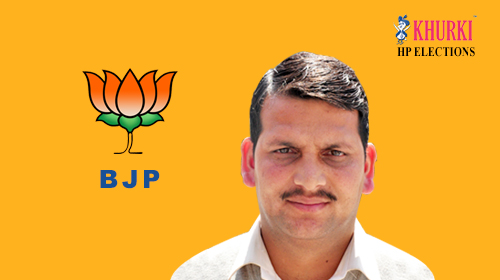 Vinod Kumar is MLA from Nachan. He is associated with Bharatiya Janata Party. He is son of Shri Kanhya Lal. He was born on 18 April, 1980 at Village Chailchowk, Distt Mandi. He is married to Smt. Harsha.

Vinod Kumar is MLA from Nachan in Mandi district.

Vinod Kumar is associated with Bharatiya Janata Party. He was elected as MLA from this Vidhan Sabha seat in the elections held in 2012. He won by a margin of 3031 votes. Tek Chand Dogra of Indian National Congress was the trailing candidate.

Shimla, July 17: Deodar forests, about 3 km from Jot pass in Chamba, are dotted with felled and impaled deodar trees and most of...
Read more
Himachal

Shimla, June 7: All 154 nominations filed by candidates in 34 wards of the Shimla Municipal Corporation elections were scrutinised on Tuesday and found to...
Read more
Himachal

So much for publicity, SRK!
Read more