Mythological Reasons Behind Holi You Must Know! 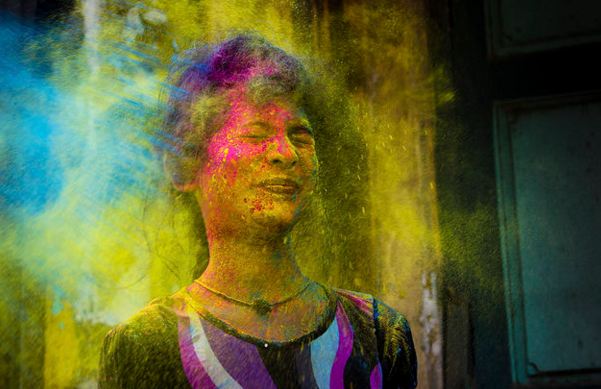 Let’s start it with the line you will read for every festival “Holi is the most popular festival celebrated in India”. This festival of colours is the most rugged festival we celebrate. People try to colour their friends and families and at times strangers in the most brutal way possible. But something that is so popular among many since times unknown, cannot be such without its significance.

Hirankashiyup (pronounced as hiran-kash-yup) was a king in ancient India who was like a demon king who wanted to take revenge for the death of his younger brother. His younger brother was killed by Lord Vishnu (who is also one of the Tri Dev including Lord Shiva & Brahma).

In order to kill him, the king wanted to get power. There was a way in those time, that was meditation or worship of the divine. So, he worshiped Lord Vishnu for years & then he finally got a boon of immortal (because the boon was that he would never be killed either in house of outside of house, so according to him & also others there are no place expect these). After this, he was so proud & all in rage that he started considering himself as God & asked his citizens to stop worshiping God rather they should worship him as a God.

But, story of this king twists when his only son “Prahlad” who was devotee of Lord Vishnu, he always disobeyed his father in this case & continue worshiping Lord Vishnu. As king was so devil, he decided to kill his son. He decided to burn Prahlad. For this, he asked his sister “Holika” to sit on fire with Prahlad in her lap so that they could burn Prahlad. As Holika did the same as asked, Prahlad was saved even in fire instead Holika was burnt to ashes because Prahlad was reciting Lord Vishnu’s name during this activity. After this Lord Vishnu killed the king in between house & outdoor.

Why They Use Colours?

It is believed that Lord Krishna, avtar of Lord Vishnu used to play Holi with colours with his friends from Gokul and Vrindavan. Therefore, from that time on wards everybody followed the God’s way. People use Gulaal and flowers to play Holi with everyone. In modern days, people started using pichkari (water gun) to throw water over others.

Hindus have been celebrating Holi even before the birth of Christ. Holi is mention in ancient religious books like, Jaimini’s Purvamimamsa-Sutras and Kathaka-Grhya-Sutra. The festival of Holi also finds a reference in the sculptures on walls of old temples. A 16th century panel sculpted in a temple at Hampi, capital of Vijayanagar.

A 16th century Ahmednagar painting is on the theme of Vasanta Ragini – spring song or music. It shows a royal couple sitting on a grand swing, while maidens are playing music and spraying colors with pichkaris.

Another Mewar painting (circa 1755) shows the Maharana with his courtiers. While the ruler is bestowing gifts on some people, a merry dance is on, and in the center is a tank filled with colored water.

Bhaang is also associated with Lord Shiva and is considered a major part of the celebration. It is served in various forms from smoke to milk and pakodi.

Day 1 – On full moon day (Holi Purnima) colored powder and water are arranged in small brass pots on a thali. The celebration begins with the eldest male member who sprinkles color on the members of his family.

Day 2 – This is also known as ‘Puno’. On this day Holika’s images are burnt and people even light bonfires to remember the story of Holika and Prahalad. Mothers with their babies take five rounds of the bonfire in a clockwise direction to seek the blessing of the God of fire.

Day 3- This day is known as ‘Parva’ and this is the last and final day of Holi celebrations. On this day colored powder and water is poured on each other.The deities of Radha and Krishna are worshiped and smeared with colors.

You have been celebrating Holi at home and are bored of it? Then, this year do something different. Holi is celebrated almost all over...
Read more
Lifestyle

No It’s Not Tomorrowland’s Party, It’s Holi @ ISKCON Temple in US

Everyone has a bucket list. Am sure you too have one. Don't you? If not, then it must be given due importance, as this list...
Read more
Bollywood

11 Tracks To Turn Your Festival Of Colours Into A Musical Holi! Groove…

When it comes to colours and celebrations, there's only one word that strikes your mind and that is Holi. So friends, this Holi festival...
Read more
Blogs

Holi and Hangover - these two words beginning with H - are used in one breath most of the times. Don't you think so? Well if...
Read more

Fan Wrote On SRK’s Wall, And This Was Not The Facebook One..

Recently some unidentified fan of  Shahrukh Khan painted graffiti on the wall of his bungalow Mannat at Bandra Bandstand, Bandra West Mumbai. This mysterious fan of...
Read more
Blogs

Thank You Teacher: A Short Film With A Lesson For All!

Life Lessons To Be Learned From Swami Vivekananda!

There are a few people who live long after they are gone - because of their words. Swami Vivekananda was/is one such man who will...
Read more
Blogs

Facts You Should Know About Freedom Fighter Veer Savarkar!

Watch Poltergeist, Sure To Give You The Goose Bumps