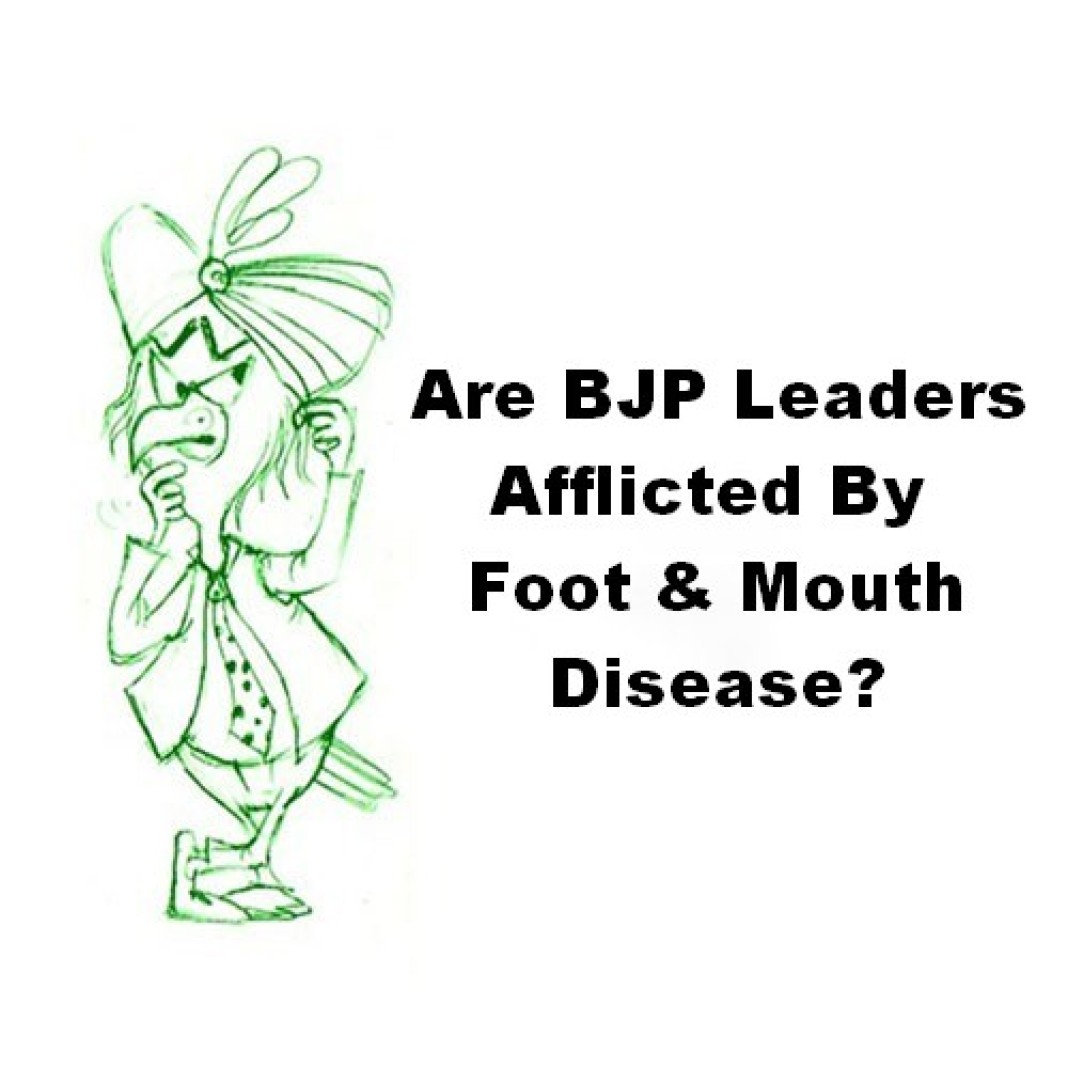 Are all the BJP leaders suffering from foot and mouth disease? Well, this is seemingly true for the likes of Haryana chief minister Manohar Lal Khattar and Culture Minister Mahesh Sharma.

Stoking a fresh controversy in the aftermath of the Dadri incident, the Haryana Chief Minister has said that Muslims can continue to live in this country, but they will have to give up eating beef.

Speaking to the Indian Express, the BJP leader said that, the cow, the Gita, and Saraswati, were articles of faith for the majority in the country, and that Muslims would not be violating their religious beliefs by giving up beef.

“Muslim rahein, magar is desh mein beef khaana chhodna hi hoga unko. Yahan ki manyata hai gau (Muslims can continue to live in this country, but they will have to give up eating beef. The cow is an article of faith here),” Khattar was quoted as saying by the newspaper.

The 61-year-old leader, commenting on the Dadri lynching, described it as “wrong” and said it was the “result of a misunderstanding”. He said “both sides” had committed wrongs and it should not have happened.

Khattar also alleged that Akhlaq had made a “halki tippani (loose comment)” about the cow, which hurt the sentiment of those who attacked him.

Mohammad Akhlaq, a 52-year-old blacksmith, was dragged out of his home by a mob of about 100, and beaten to death on September 28 in Bisada in Uttar Pradesh, over suspicions that he had beef in his house.

Friendship Alright, But Why Do Good Guys Fall For Bad Kittens?

Have you wondered why?
Read more
Blogs

Vidya Balan may soon be seen on television, hosting a talk show which will on the lines of the famous Oprah Winfrey Show. According to...
Read more
Khurk

Odd And Even Number Vehicles On Delhi Roads On Alternate Days!

Delicious Single Liners You Can Use On A Foodie!

I am going to eat you up!!!
Read more
Blogs

What? KRK To File Case Against Mandana Karimi!

Who is a self-proclaimed Twitter star but anointed as the most chut**ya actor of Bollywood industry? Another hint: His basic work is to tweet on celebrities...
Read more