Mulayam Yadav Pulls Out of Janta Parivar. Going Back To BJP? #Bihar 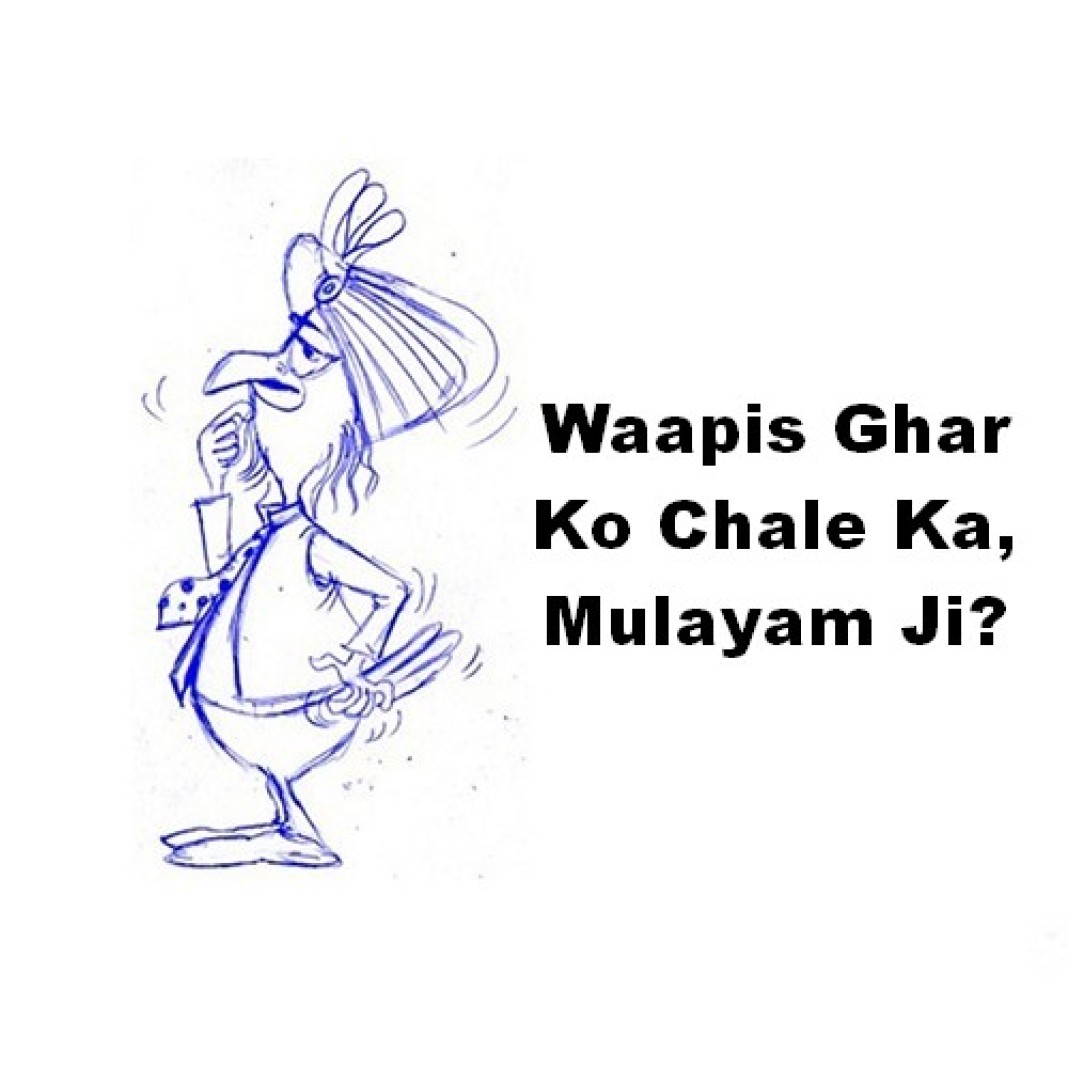 Thus, he has exited the Janta Parivar that was formed with Bihar Chief Minister Nitish Kumar, regional heavyweight Lalu Prasad Yadav, and the Congress.

The parties had combined in an attempt to block the BJP, whose campaign is being led by the Prime Minister, from winning the state.

Mulayam Yadav said he had not been consulted about how seats for the election were being divided between the parties he had teamed with. His Samajwadi Party has neither any state legislators, nor parliamentarians from Bihar – so the break-up’s import lies in a dent to the stated unity of parties that have grouped against the BJP.

Nitish Kumar, who has already served back-to-back terms as Chief Minister, is running as the candidate of the non-BJP alliance, which held its first show of strength on Sunday in Patna. Nitish, Lalu Yadav and Congress chief Sonia Gandhi all addressed the large rally. Mulayam Yadav had deputed Shivpal Yadav as his party’s representative.

Instead of accepting the dole of 5 seats & winning none, the Samajwadi Party has decided to go alone & contest many more and win none #Bihar

SP wouldn’t even win 1 seat in #Bihar. With the alliance, it could have won all 5 seats. Is it really seats or it’s the CBI call once again?

The dates for the Bihar election are to be announced shortly.

The Prime Minister had held four public meetings, drawing huge audiences. The BJP and its three allies have decided that the PM will ask for votes directly for him, and not for a presumptive Chief Minister. This has pitched the election in Bihar to a full-blown confrontation between Nitish Kumar and Modi, who have, for years, and through a lengthy alliance of their parties, made no secret of their disregard for each other.

All those facebook memories that shows how we looked like an year ago or more. Yeah, it is just an algorithm that can tell...
Read more
Travel

Well to be a pilot you need skills which are beyond perfection! And some pilots have skill set which is beyond limits. And one...
Read more
Flicks

Kareena Kapoor may be turning 35 this September, but this Bollywood actress still has the charm to seduce young heroes. The actress will be seen doing...
Read more
Blogs

And now Pluto is going to be back in the solar system!
Read more
Bollywood

Have you ever wondered why no woman jumps at you and starts making love on some random street? This, in spite of the use of...
Read more
Blogs