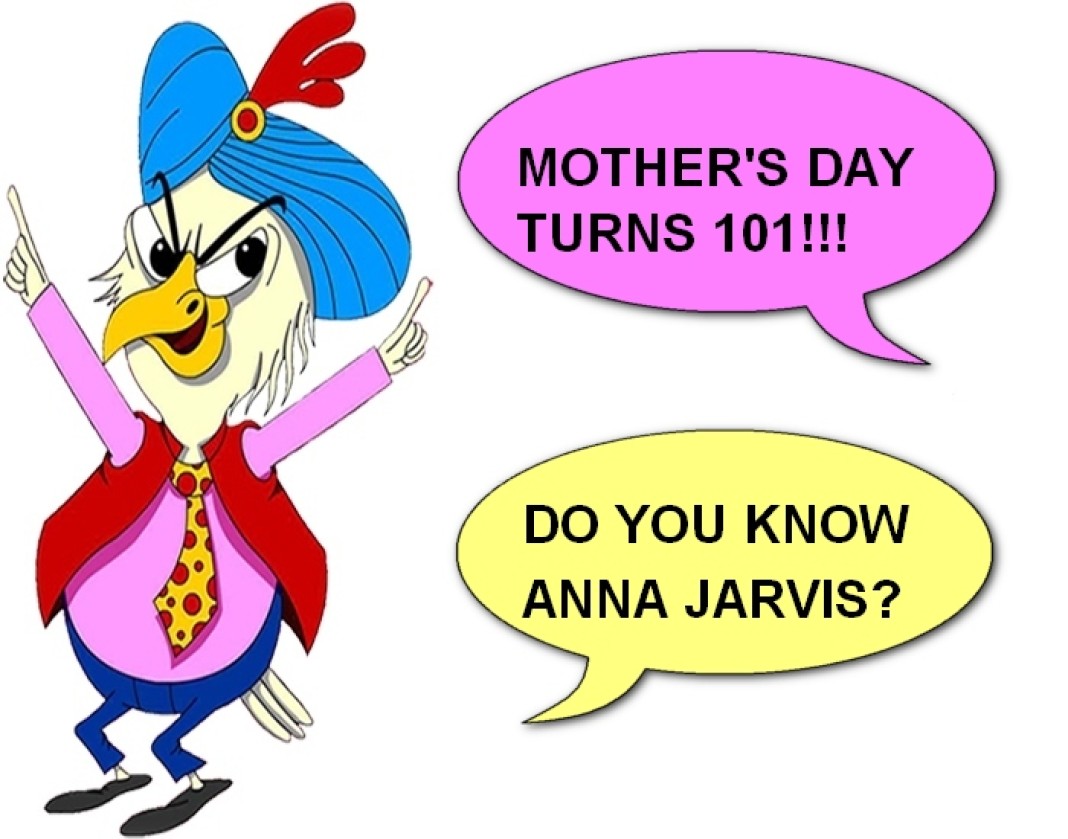 The celebration of Mother’s Day enters a new century and sadly has no resemblance to the original!

Today, it’s known mostly for brunches, gifts, cards, and general outpourings of love and appreciation. But the day has more serious roots. It was founded for mourning women to remember fallen soldiers and work for peace. And when the holiday went commercial, its greatest champion, Anna Jarvis, gave everything to fight it, dying penniless in a sanitarium.

Anna Jarvis never had children of her own, but the death of her own mother in 1905 inspired her to organize the first Mother’s Day observances in 1908.

So, on May 10 of that year, families gathered at events in Jarvis’s hometown of Grafton, West Virginia—at a church now renamed the International Mother’s Day Shrine—as well as in Philadelphia, where Jarvis lived at the time, and in several other cities.

Largely through Jarvis’s efforts, Mother’s Day came to be observed in a growing number of cities and states until U.S. President Woodrow Wilson officially set aside the second Sunday in May in 1914 for the holiday.

Anna Jarvis’s idea of an intimate Mother’s Day quickly became a commercial gold mine centering on the buying and giving of flowers, candies, and greeting cards—a development that deeply disturbed Jarvis. Jarvis incorporated herself as the Mother’s Day International Association and tried to retain some control of the holiday.

She organized boycotts, threatened lawsuits and died at 84 in Philadelphia’s Marshall Square Sanitarium in 1948.

What society thinks of you is something you should definitely not care about, but this much? Well we are almost always confused where to...
Read more
Humour

While the world goes gaga about motherhood, with no offence to any feminists out there fatherhood doesn't get really get equal attention comparatively. But...
Read more
Blogs

Ever wondered what it feels like to be cremated? This new Chinese game will help quell your curiosity. Watch: https://youtu.be/gZyBkvEUTNQ Aptly named ‘Samadi — 4D Experience of Death’,...
Read more
Bollywood

A new study has revealed that having sex on the first date leads to romance. The survey of 2,250 people by the sex toy...
Read more
Blogs

Daily Fantasy Sports Sites To Shut Down In Nevada

Violators will get 10 years in jail...
Read more
Bollywood

Sunny Brown’s Punjabi Remix of This Song Is Superb

Why It’s Nearly Impossible To Teach Slangs To Parents!

Me: Dad, call me asap. Dad: Why should I call you 'asap' when I've given you a name? ACCOUNT DEACTIVATED... Lol. Ever tried to behave 'cool' by...
Read more
Blogs