Most Underrated Bollywood Comedy Films You Must Watch!

Comedy, the genre that’s loved by everyone, the genre whose audience can be a 10 year or a 80 year old! Doesn’t matter what language comedy films are in because some of the greatest shows in history have been without a single dialogue and yet have managed to make us fall off the ground. Yes, am talking about “Charlie Chaplin”, “Mr Bean” and “Tom and Jerry”.

Let Khurki help you fight boredom with a ready list of a few comedy films that you could have missed! Comedy films which are the most underrated comedy films.

Lottery, one thing we all want to win but only a few actually do! As the name suggests, this movie is about a lottery. It is set in a village, where one of the villagers wins a lottery and dies, the other villagers plan to try and claim the prize for themselves. Will they be able to become “malamaal” as per their ideas and plans?

“Bheja na fry kar yrrr” is one line which makes us think of our that one friend who can be as annoying as a bee buzzing around you!

The protagonist (Vinay Pathak) of the film is an annoying character to the person sitting next to him. However, for everyone else, he is a humorous and delightful person. The actor whose bheja he fries has been played superbly by Rajat Kapoor and Milind Soman is among the laughing gang.

“Bheja Fry” is available on YouTube for you to watch.

The film revolves around an academically-weak graduate who lands up a job as a salesman in a big computer firm. We all have dreamt of landing a job without studying and this man is that MAN!

“Tere Bin Laden” left no stone unturned in achieving the feat of proving that Hindi Comedy movies can also be par excellence. It’s a satirical comedy in which a young Pakistani reporter meets a man who looks like Osama bin Laden and made a plan so that he could take advantage of this hypnosis.

A film shows the story of a family in Delhi who wants to buy a car! Well, in middle class families buying a car is a great deal and things do get interesting when this family decides to buy a car!

Typical Bollywood it is! In simple words: Girl loves boy story and Dad doesn’t allow  marriage. Rest you find out when you watch the movie! One thing you should know that you won’t miss the comedy factor in this movie!

“Chor Chor Super Chor” is a light-hearted comedy-drama. Satbir (played by Deepak Dobriyal) is looking to change his life when he meets a girl who is an undercover journalist and wants to bust the gang of petty thieves that Satbir is a part of.

The movie Deepak Dobriyal, Paru Uma and Alok Chaturvedi. Must watch this bizarre story with an innovative concept.

Filmistan (2014) – Do terrorists and comedy go together?

Winning the National Film Award for Best Picture in Hindi, this one revolved around a story in which an assistant film director in Mumbai is mistakenly kidnapped by a terrorist organisation! This is when the fun and frolic begins!

“Kaalakaandi” is a story of Rileen (played by Saif Ali Khan), who receives the news of his stomach cancer. Typical Bollywood comes in and boom the man sets off on an adventure to fulfil all his desires which ultimately lands him into various troubles.

The film revolves around a road journey of three unalike personalities and stars someone who is not with us but will always live in our hearts, our very own Irrfan khan!

One is a reserved IT employee (beautifully underplayed by Dulquer Salmaan), second is the carefree driver (played by Irrfan Khan) and third is a high-spirited youngster (played by Mithila Palkar).

This movie is available on Amazon Prime for you to enjoy on your Sunday binge.

Previous article
Readymade playlist to accompany you while travelling…Enjoy both!
Next article
JugJugg Jeeyo trailer out…paisa vasool entertainer on cards 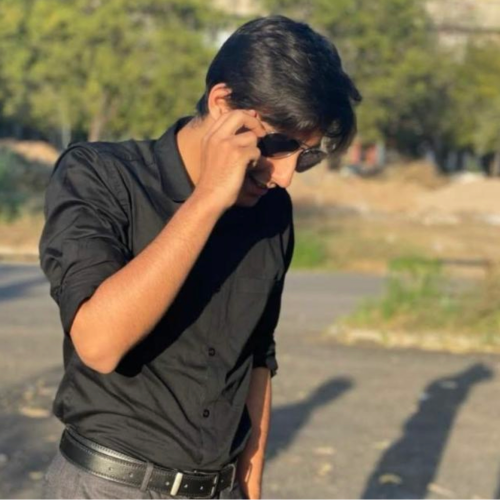 Daanish Katyal
Changing pessimist thoughts to optimistic ones, not your typical 20 years old! Holding a camera in my hands and playing guitar let me knows who I am? For you to know who I am, you will have to follow me...

Bizarre Questions That Can Make Newly Weds Do a Double Take

Smoking doesn’t make you look cool, read out what it actually does…

Things teenagers are sick of hearing! How many can you relate with?