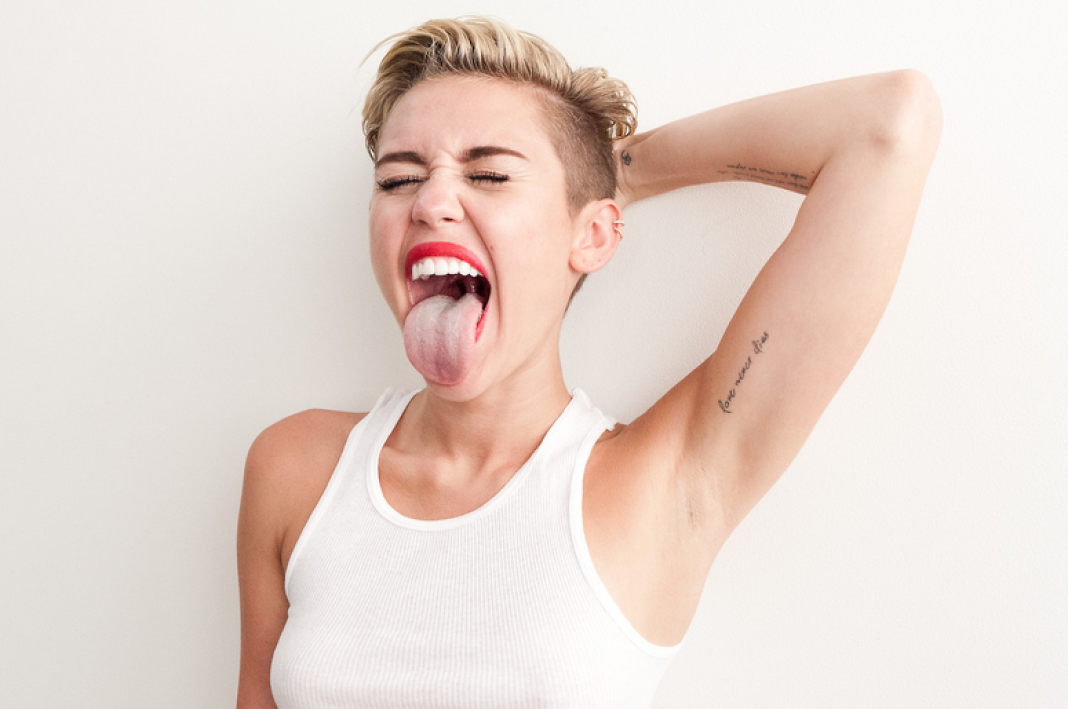 During one of her interviews, Miley Cyrus gave away many words of wisdom and yes she was pretty inspiring.

Recently she revealed in an interview that she is bisexual and did have candid feelings towards women since the age of 14.

“I remember telling her I admire women in a different way,” Miley recalled. “And she asked me what that meant. And I said, I love them. I love them like I love boys.”

We surely could see her with her new girlfriend, the Victoria’s Secret model, Stella Maxwell and that too, hot and steamy. Both were seen pretty mushy mushy on the Hollywood set of an upcoming music video.

Wearing a sparkly gold mini dress and over-the-knee black boots, Miley embraced Stella while making out, and at one point, it appears her hand slides down Stella’s pants.

The two have been pretty open about their relationship on social media. Here are a few glimpses:

Stella, who originally hails from New Zealand, said that the two met through Miley’s close friend Cheyne Thomas, and have been hanging out since March. Miley split with her ex, Patrick Schwarzenegger, in April.

Indian cinema and television both are trying their best to bring in innovations. That's why we have serials like Pehredaar Piya Ki, Naagin etc....
Read more
Lifestyle

Society in present days can be a synonym of the word wrong. In our daily things which have become a part of our so...
Read more
Bollywood

Welcome Back..No Welcome After All…

Hollywood star Bradley Cooper is in negotiations with Warner Bros to direct the third remake of the romantic drama film A Star Is Born. Based...
Read more
Khurk

The UP Food and Drug Administration has said that it found detergent in one of the samples of milk picked from Mother Dairy's collection...
Read more
Blogs

Who Said Hot? Kareena As Mary Is A Big Turn Off

Did you say hot? Kareena as Mary in an item song for 'Brothers' is a big turn off.
Read more
Blogs

Khurki wishes it could be a kid too....
Read more
Load more
KHURKI

And while our Bollywood queen Deepika Padukone was embroiled in the controversy over her #VogueEmpower campaign, here's another actor who's finding herself smeared with flak...
Read more