Michael Schumacher Assets
‘He Won’t Use’ On Sale 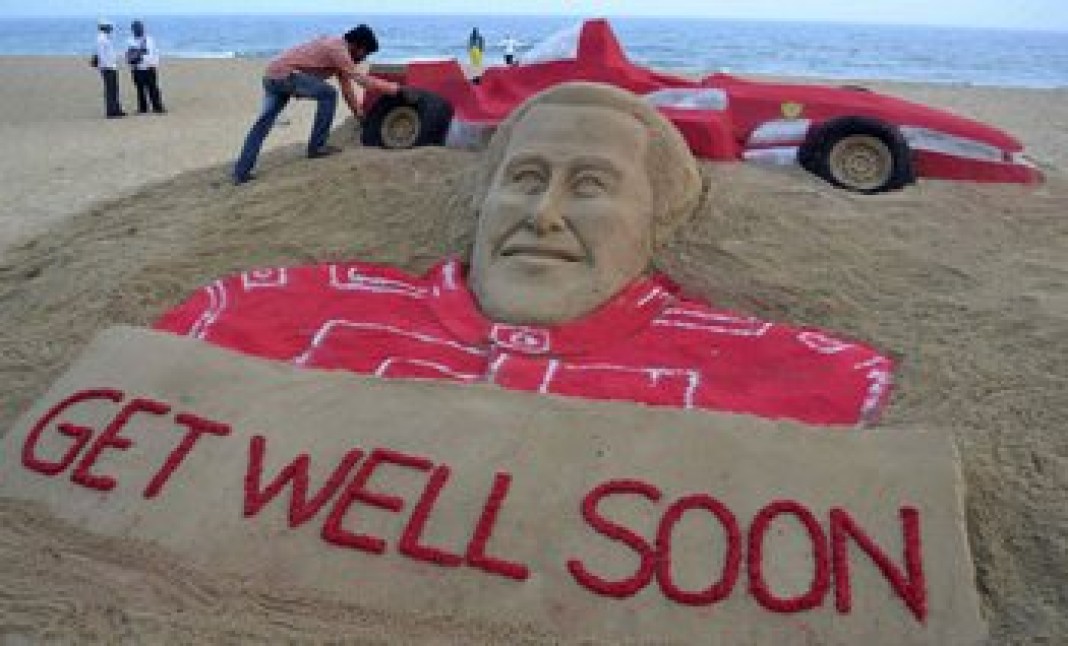 Michael Schumacher’s wife has sold his £25m jet and holiday home after reportedly accepting that the racing driver will never fully recover.

The Formula One legend was left disabled with devastating brain injuries following a ski accident in December 2013. Insiders say there has been little progress in his rehabilitation.

Schumacher’s wife, Corinna, has been running his half-a-billion pound business empire ever since.

She decided to sell his private jet for £25m when she realised he would never fly in it again and sold off their holiday home in Norway earlier this year, knowing he would never vacation there again, according to German magazine Bunte.

Corinna is also considering selling the family’s chalet in Meribel in France – scene of the catastrophic ski accident.

Doctors say there has been little change in the 47-year-old’s condition and he is still immobile and unable to speak.

His mansion home in Switzerland has been specially adapted for him, with a team of doctors, nurses and technicians working around the clock.

Corrina is now in charge of the Schumacher ‘imperium’ which continues to generate millions even while he remains dormant. She manages the finances, the bank accounts, business advisers, lawyers and personnel.

Her new role grates on her father-in-law Rolf , who now lives in a house built into the grounds of the Gland mansion with his partner Barbara Stahl so he can be close to his son.

Society in present days can be a synonym of the word wrong. In our daily things which have become a part of our so...
Read more
Lifestyle

Have A Sissy Boyfriend? Just Pack Your Bags And Run…

Having someone taking care of you is a bliss in modern days. But there's limit to everything in the life of a modern person....
Read more
Lifestyle

7 Things Your Roommate Shouldn’t Have Done To Make Your Life Hell!

Having a roommate can be a boon and curse at the same time. And that completely depends on what side you are. Are you...
Read more
Lifestyle

It was a pleasant Saturday in the upscale Pacific Palisades neighbourhood of Los Angeles. So Sharon Stone made the most of it on a shopping...
Read more
Lifestyle

Look what's brewing between defending Formula One champion Lewis Hamilton and pop singer Rihanna! Lewis seems to have quite an attraction for famous singers. After splitting...
Read more
Flicks

Who doesn't want to become a star? (Hardly any hand rises) Who wants to? (All hands high up in the air)! Yes, that's the scenario when it's...
Read more
Humour

The demonetisation has taken the nation by a storm. Whether it is good or bad for the nation that time would tell, but that's...
Read more