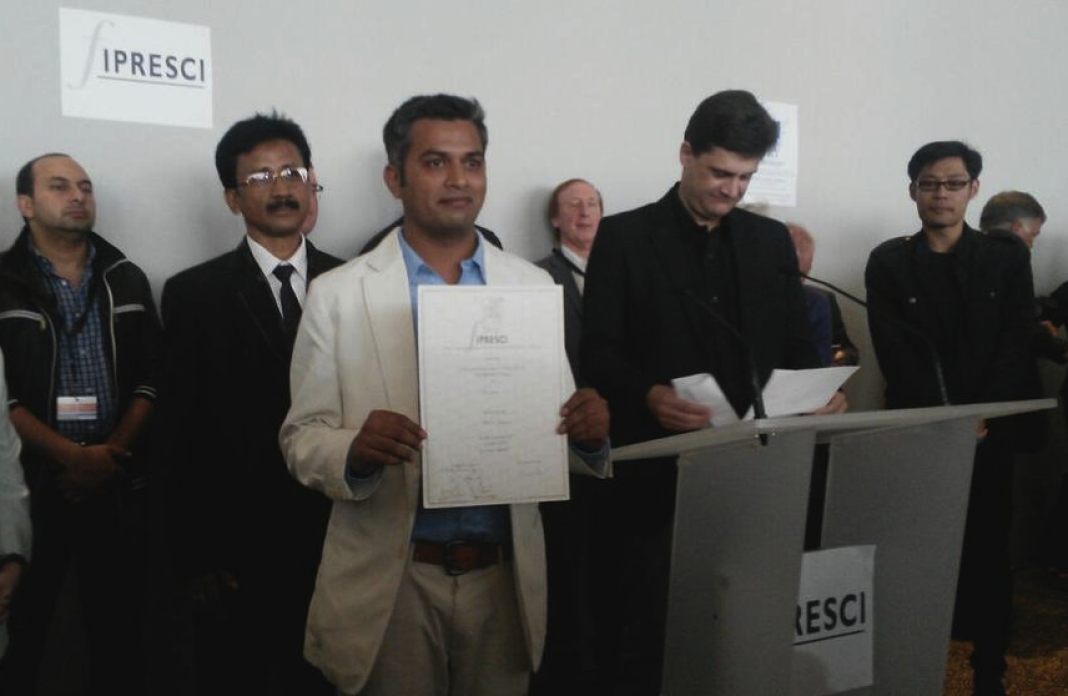 In a huge boost to Indian cinema, debutant director Neeraj Ghaywan’s Masaan won the prestigious critics prize in the Un Certain Regard category, which runs parallel to the competition for the main prize, Palme d’Or, at the 68th Cannes Film Festival, the International Federation of Film Critics (FIPRESCI) announced late on Saturday.

Masaan, a joint production of Manish Mundra, Macassar Productions, Arte France Cinema, Sikhya Entertainment & Phantom Films, stars newcomers like Vicky Kaushal and Shweta Tripathi, along with Sanjay Mishra and Richa Chadda. It received a five-minute standing ovation at the festival where it premiered on May 20.

Hungarian film Son of Saul by László Nemes won the critics prize in Official Competition, and Paulina Paulina won the prize in Parallel Sections, a FIPRESCI release said. Indian film critic Borborah Bitopan from The Assam Tribune was part of the FIPRESCI jury this year.

Masaan’s narrative is set in Varanasi and its characters connected with the Ganga. Ghaywan worked as assistant director to Anurag Kashyap’s Gangs of Wasseypur, which received acclaim at Cannes in 2012, finding new markets for younger film-makers.

#MASAAN just won the FIPRESCI award for UN CERTAIN REGARD at @Festival_Cannes!!!!! This was long due for India!!!

Thrilled to see #Masaan win 2 prizes at #Cannes2015! Now for the challenge: getting it to halls in India. @ghaywan @RichaChadha_

Paul Mason, the man who once held the dubious title of world's fattest man, is recovering after having almost 25 kg of skin sliced...
Read more
Flicks

Cannes Film Festival has kept all of us in India also on our toes. Beginning with current Bollywood heartthrob Katrina Kaif, then Sonam Kapoor and...
Read more
Lifestyle

Mariah Carey performed at the Billboard Music Awards for the first time in 17 years. Billboard says the 45-year-old has more No. 1 songs -...
Read more
Lifestyle

Geri Halliwell has been left “saddened” after her fiance’s parents insisted they won’t be coming to the wedding. The former Spice Girl, 42, hoped the...
Read more
Load more
KHURKI

In this modern world marred by incidents of terrorism, rape, money and murder, You and I are far away from the creator. He who gave food for all,...
Read more
Bollywood

Let's Get Together Baby!!
Read more