Man Takes Revenge On Those Parking On His Land! 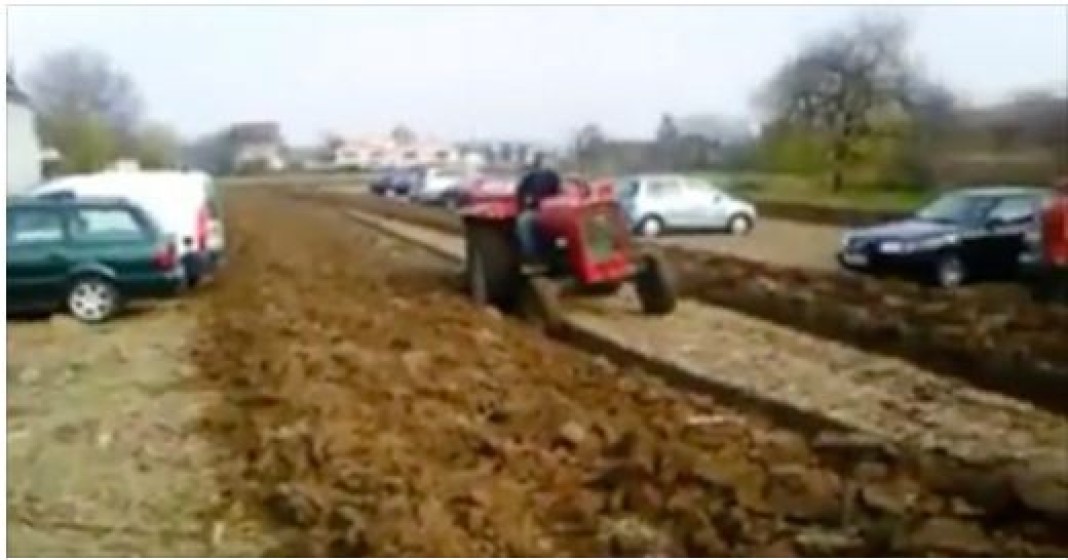 There’s a flea market in Croatia that sees action every Sunday. This is simply not liked by an old farmer. Reason is very simple: people use his land for parking which he obviously wants to use for farming.

Despite regular warnings by the farmer, people failed to learn a lesson. So, he took it upon himself to teach them a lesson.

And the bad ass farmer, instead of involving the police or towing away those vehicles, started his day at the farm in a regular manner. He ploughed the land between the two rows of parked cars and made them all taste a piece of their own medicine.

People were left trapped in their own negligence and were forced to involve the police. But the police couldn’t do anything about it. Finally, they had to get their cars towed away.

Quite a simple lesson learned the hard way!

Hills Not The Only Attraction…Few Things You Must Do In Bilaspur!

Himachal is not just a state, but a state with natural beauty - that too in abundance. And the state government truly realizes that...
Read more
Lifestyle

Kids teach us more lessons in life than us. Internet is full of videos inspiring and asking you to go vegetarian or vegan. But the...
Read more
Lifestyle

Eight Very Interesting Reasons Girls Why You Must Just Grab A Shy Guy!

Relationships have a ship which most likely sinks, and that's when the complications of relations begin. But that ship is all set to sail,...
Read more
Blogs

Click "NEXT" to Start... In India, people follow WWE like anything, with the kids actually worshiping them. We all remember collecting trump cards in childhood, fighting for them and...
Read more
Food

Pastry Chef from Italy creates magic with his work not just as a chef but as a miniature artist. Food itself is an art...
Read more
Load more
KHURKI

As we get older, we tackle many problems with technology. There are people out there who don’t know how to use smart phones, shop...
Read more
Blogs