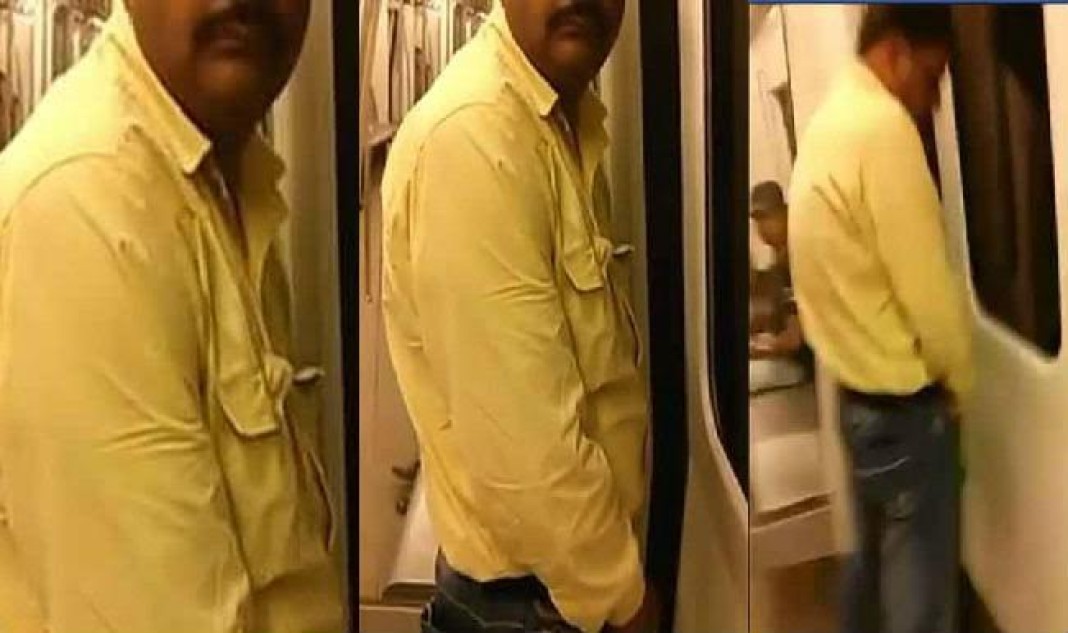 What can be more shocking than a man caught urinating inside the Metro.

The incident took place in Delhi. A video has been uploaded on social media. The video shocked everyone.

Disgusted by the act, a passenger shot the video and posted it on social media. When the passenger raised objections, the man reportedly said, “This is the last train, so I could not afford to miss it.”

Media reports claimed that the man was least bothered about other passengers who were present inside the same train and urinated inside Delhi Metro. The man, who had shot the video, reportedly informed Delhi Metro Rail Corporation (DMRC) helpline.

However, action is yet to be taken against the erring passenger.

Go, watch and horrify yourself!

Guys, get a life. Don’t spoil what you are paying for at least!

This may well sweep many an Indian husband off his feet — and evoke jealousy among some spouses — but a British survey has...
Read more
Flicks

Kanye West says experiencing racism as a child gave him a better "perspective" of the world. The 'Bound 2' rapper recalled an incident when...
Read more
Bollywood

For the first time, Riteish Deshmukh shared pictures of his son, Riaan, on the birth anniversary of his father, Vilasrao Deshmukh, a two-time chief minister...
Read more
Blogs

Kim Kardashian almost broke the internet again after she debuted her new hair colour on Instagram. Having gone platinum blonde, Kim revealed that her much...
Read more
Load more
KHURKI