Hey, hey, hey….no need to panic. Mr Rahul Gandhi has not given in his resignation yet. He’s still busy punching puny jabs at Mr Modi and then convalescing in Aspen. I’m talking about Mahatma Gandhi, the Father of the Nation. Hey, hey….no need to panic again. This is not going to be a history lesson. Instead, we have got garma garm, freshly baked ‘breaking news’.

It is learnt from reliable sources that the Mahatma has withdrawn his consent from his name to be used as the Father of the Nation. An emotional Gandhiji put in his papers today in Heaven. According to our correspondent in Heaven, the Mahatma has done so after realizing that his theory of non-violence is now no longer relevant and is even thought of as being foolish by most Indians. 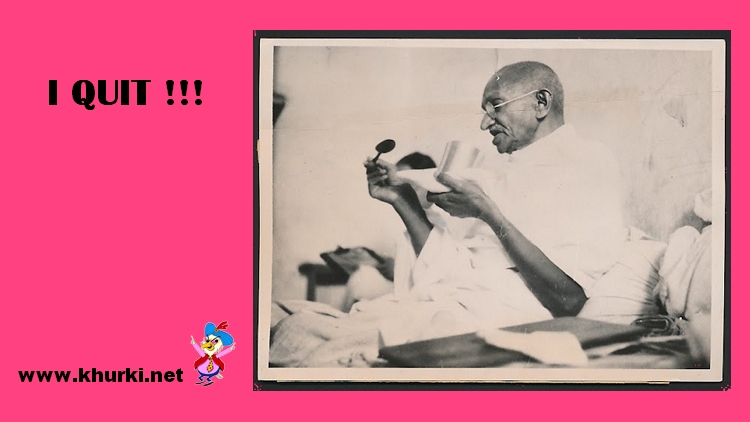 It is believed that the lynching of a 50-year-old man in Delhi by an angry mob over the alleged eating of beef, forced the Mahatma to take this extreme step. For a man practicing non-violence, it is the ultimate straw in a country already brimming with hate. As if cases of road rage, acid attacks on girls, khap panchayats diktats, shoe throwing and slapping, harassing and raping women wasn’t enough, we have a man being openly dragged from his house by an irate mob and without being given a chance to explain himself, he is brutally stoned to death. It is not a country the Mahatma was proud of. In today’s India, if you were slapped on one side and if you gave the other cheek as a Gandhian gesture, you would be slapped so many times that you would forget the count.

To top it, the country whose independence he had fought for, the currency that carries his photo is one of the busiest corrupt countries. And the irony, the Mahatma is everywhere the corrupt are. Our leaders, who decry corruption, use it as an election agenda; sit on the bundles of paper carrying the Mahatma’s name. The netajis, the corporates, the media, the bureaucrats, the other bigwigs trade the Mahatma everyday for selling the soul while the common man is left singing, “vaishnav jan to taine kahiye je peer parayi jaane re….”

According to our secret sources, the three ‘bandar of Gandhiji’ have also followed him in tendering their resignations. They feel that their slogan is now forgotten and is of bygone times. With this move, I hear that a business tycoon has filed for the copyright of the monkey’s slogan by just changing it to, “burra hi dekho, burra hi suno aur burra hi kaho”. 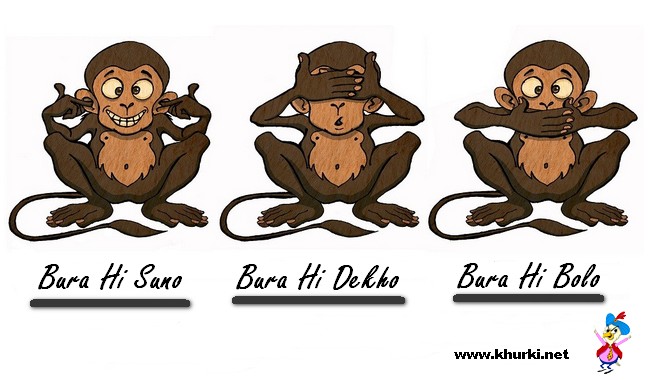 By the time this story is filed in, there are reports that Modi has sent in emissaries to ask the Mahatma to reconsider his decision in the wake of the UN declaring October 2 as International Non-Violence Day. Otherwise it will be a political embarrassment for him and then we’ll have the entire Parliament in a ‘tu tu main main’ match and Arnab Goswami pointedly accusing you and asking, “India wants an answer to who killed the Mahatma again and again?”