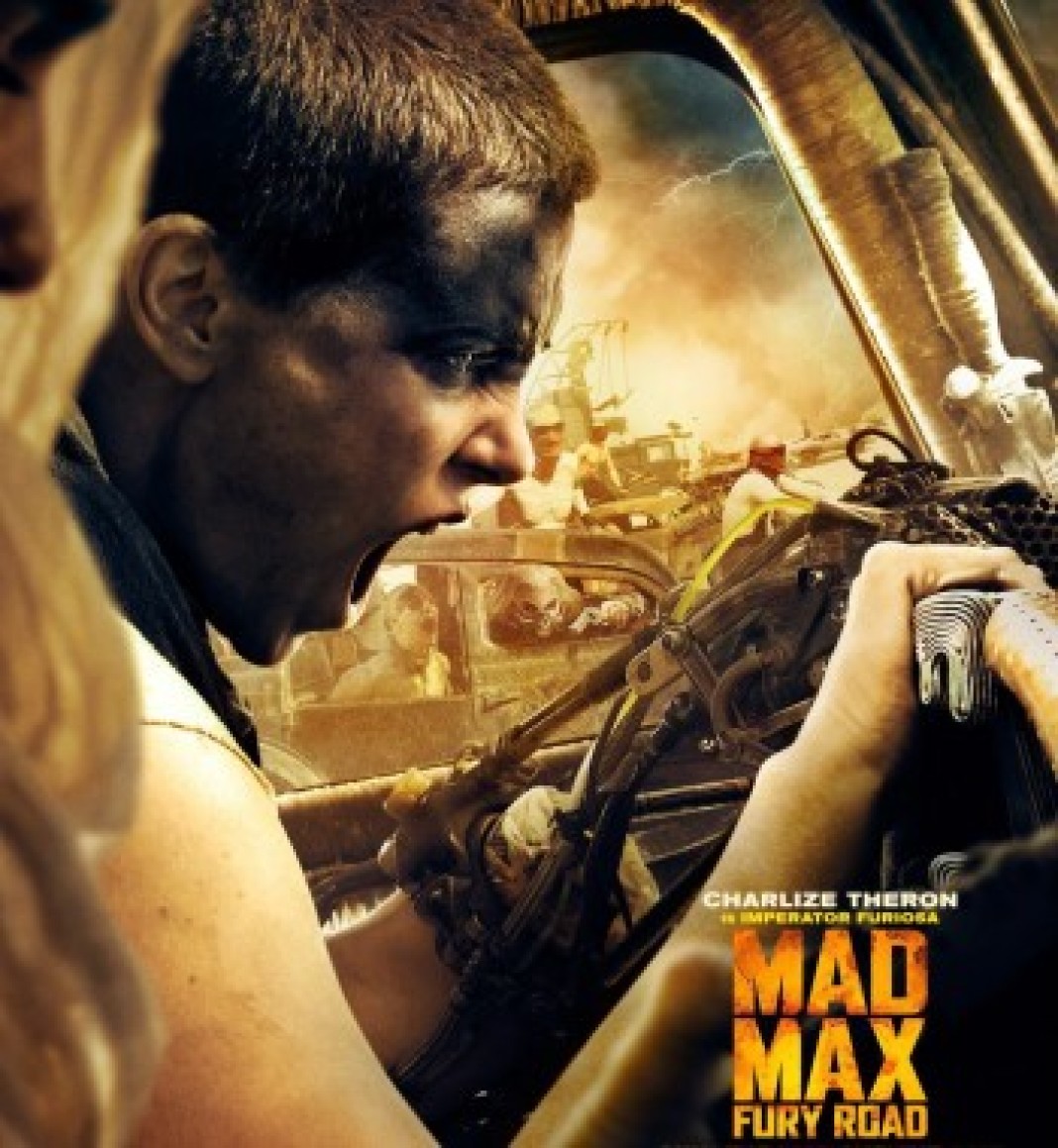 That adjective in the title is so accurate.

Mad Max: Fury Road is a violent film, but the violent acts in this world don’t feel like arbitrary action beats — they emerge from a complete lack of other options or a firm sense of straight-up insanity.

George Miller’s new vision of Max isn’t a warrior. Rather, he’s a man driven by the memories of past sins to do little more than survive. He walks with the ghosts of those he couldn’t save, and his traveling companions have pushed him to the brink of sanity.

From the very beginning, Miller and his team do something that so many other filmmakers fail to do — they define the geography of their action. Rather than merely tossing the camera around in the vain hopes of creating tension, they constantly give the viewer overhead shots and clear physical dimensions of what’s happening and where we’re going. And then they blow it all up.

There are dozens of crashes, explosions, and flying bodies in “Fury Road,” and yet the piece never gets repetitive, especially as the emotional stakes increase with each sequence. Miller knows when to let the pace coast when it needs to, which is rarely, and then he pushes the pedal down and plasters you to your seat.

Mad Max: Fury Road is an action film about redemption and revolution.

Not content to merely repeat what he’s done before (even the first three Mad Max have very distinct personalities), Miller has redefined his vision of the future yet again, vibrantly imagining a world in which men have become the pawns of insane leaders and women hold fiercely onto the last vestiges of hope.

He holds aloft the action template that he created with The Road Warrior and argues that Hollywood shouldn’t have been copying it for the past three decades, they should have been building on it.

Fury Road is a challenge to a whole generation of action filmmakers, urging them to follow its audacious path into the genre’s future and, like Miller, try their hardest to create something new.

For all the curious ones, this trailer would be very inspiring!

Now, go book your seat in a theatre near you!

This Woman Has The Biggest Lips In The World

You Have Seen Them, But Do You Know These Bollywood Star Kids

Oh My My!!!
Read more
Blogs

And while our Bollywood queen Deepika Padukone was embroiled in the controversy over her #VogueEmpower campaign, here's another actor who's finding herself smeared with flak...
Read more
Blogs

Dads always consider daughters their Princesses. We have always heard about Dad doing something special for daughters, but this girl took a step ahead...
Read more
Lifestyle

What Parents Need To Do That’s Right Parenting!

Why are our children so bored at school, cannot concentrate on study, cannot wait, get easily frustrated and have no REAL friends. Children are getting...
Read more
Load more
KHURKI

Have You Been Believing These Myths About Sex All Your Life?

You can call them old wives tales, or stuff you learn from movies. We all have lived with some sex myth that got busted...
Read more
Bollywood

Katti Batti is making headlines and so is Imran Khan. But both are hitting the headlines for different reasons. Imran Khan was recently termed "medically challenged"...
Read more
Go to mobile version