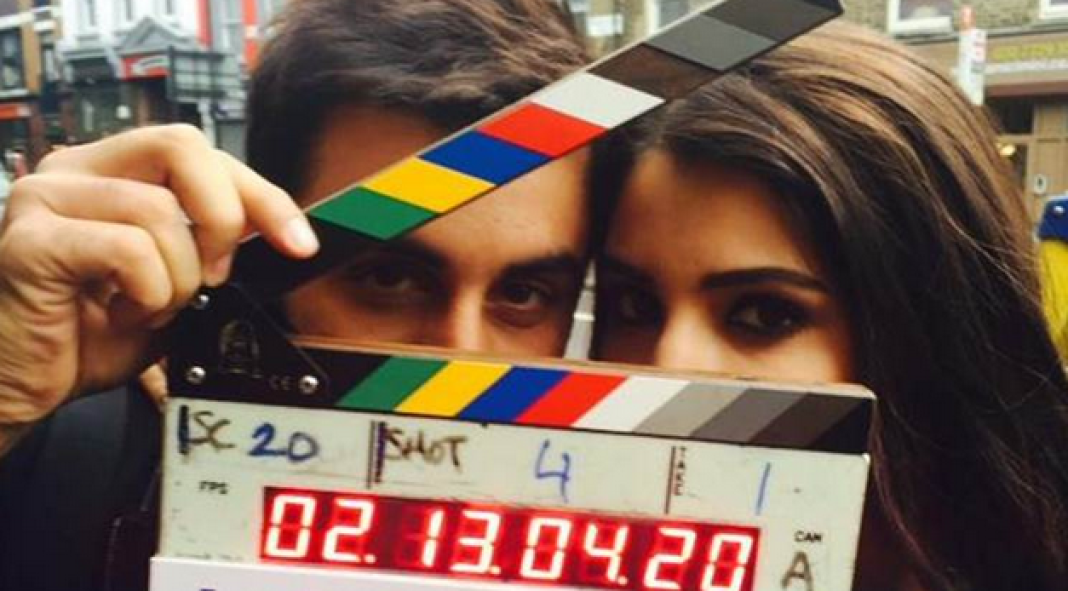 Ranbir Kapoor and Anushka Sharma have begun shooting for Karan Johar’s upcoming movie “Ae Dil Hai Mushkil” in London and they are so excited!

The 43-year-old filmmaker Karan Johar announced about the beginning of his new venture by tweeting:

You can never meet with the demands of the heart….our journey begins today…#AeDilHaiMushkilpic.twitter.com/kKR9N9Zfe0

And then an excited Anushka asked her fans and followers to “wish her luck” for the film. She tweeted:

Talking about the movie “Ae Dil Hai Mushkil”, it has a story line based on relationships and heartbreaks and for the first time, Aishwarya Rai is going to share the screen space with Ranbir Kapoor and Anushka Sharma.

Seems like the work on this project is on full swing and Ranbir and Karan are having a good time in London, getting wishes and blessings from Bollywood fraternity.

Actually, Abhishek Bachchan, Boman Irani and Riteish Deshmukh are shooting for ‘Housefull 3’ in a location near them. So the trio paid a visit on the sets of the KJo film and chilled with Ranbir.

Thank you to the #Housefull3 boys!!! Thank you for coming to wish us today!!! @juniorbachchan@Riteishd@bomaniranipic.twitter.com/xBNMEAjYZ4

Wishing you and your team all the very best. Nothing is mushkil for you all. Jai Mata Di! https://t.co/NhBISFjyXq

Anushka shared this sleepy picture of Ranbir with her fans on Twitter:

Aishwarya Rai will be joining his co-stars soon on the sets of “Ae Dil Hai Mushkil” soon.

The movie is slated on Diwali next year and will clash at the box office with “Shivaay” starring Ajay Devgn.

Being mentally strong is a great asset. It carries you through your tough times and helps you respond to  emotions in effective ways. Let's...
Read more
Bollywood

Ever since Punjabi sensation actor-singer Diljit Dosanjh signed the much-talked about film Udta Punjab, this Gabru has become high in demand. Without doubt, this actor has...
Read more
Blogs

The Fast and Furious American series of action films based on street racing, loud cars and bad tempers was started in 2001. What followed were...
Read more
Load more
KHURKI

Wake Up Mothers Of India! It’s Now Or Never.