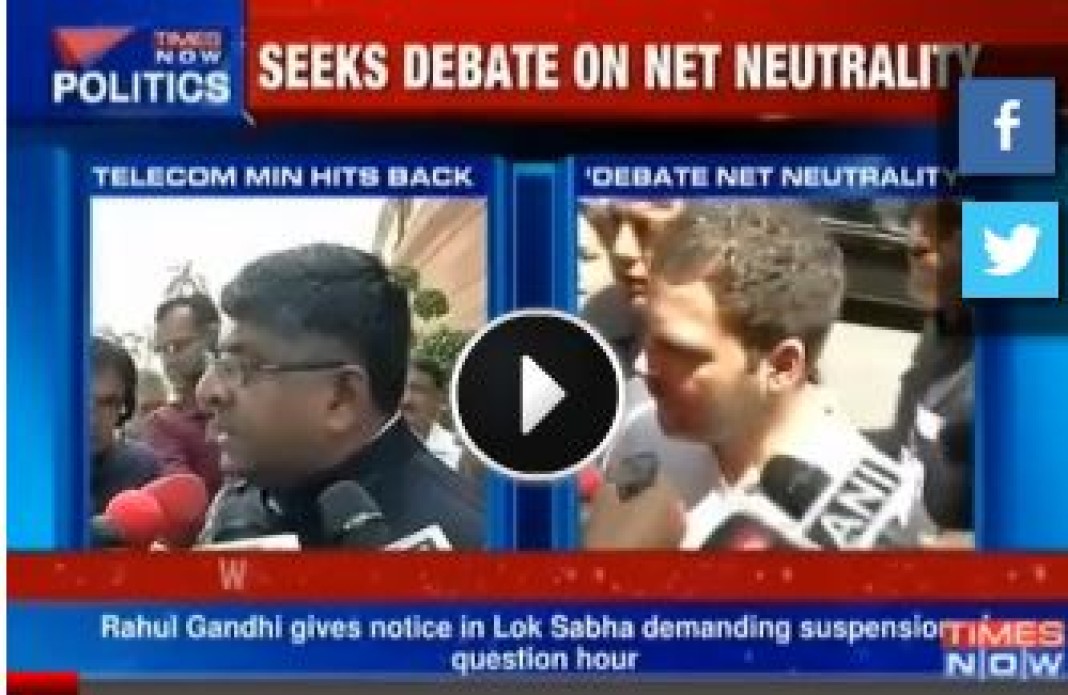 In his second speech in Parliament in three days, Rahul Gandhi took up the cause of net neutrality today accused the government of “carving out the net and handing it over to corporates”.

“Over 1 million people are fighting for net neutrality,” the 44-year-old Congress vice president said in the Lok Sabha, asking for a change in the law or a new law to protect net neutrality.

Rahul Gandhi spoke during the Zero Hour, when ministers are not supposed to respond to members, but IT Minister Ravi Shankar Prasad made an exception. “We want internet for 125 crore Indians. Don’t worry, we will protect the future of the Net,” Prasad said.

“Rahulji, you are a senior leader. We want to tell the house that we are not under pressure from any corporates,” he added. He also took a swipe at the Congress, alleging that twitter handles were blocked by the UPA regime.

Before the exchange was over, #RGforNetNeutrality was trending on social media. The clash continued outside the house.

Deepika Padukone and Priyanka Chopra are looking so so pretty.
Read more
Flicks

Sooraj or Doobta Sooraj...what do you choose?
Read more
Bollywood

The First Look Of Housefull 3 Is Out Now

Sajid Khan not directing it this time...
Read more
Blogs

What Do Dawood Ibrahim, Tata, Ambani And Vajpayee Have In Common?

Loved the chemistry between the two stars!
Read more