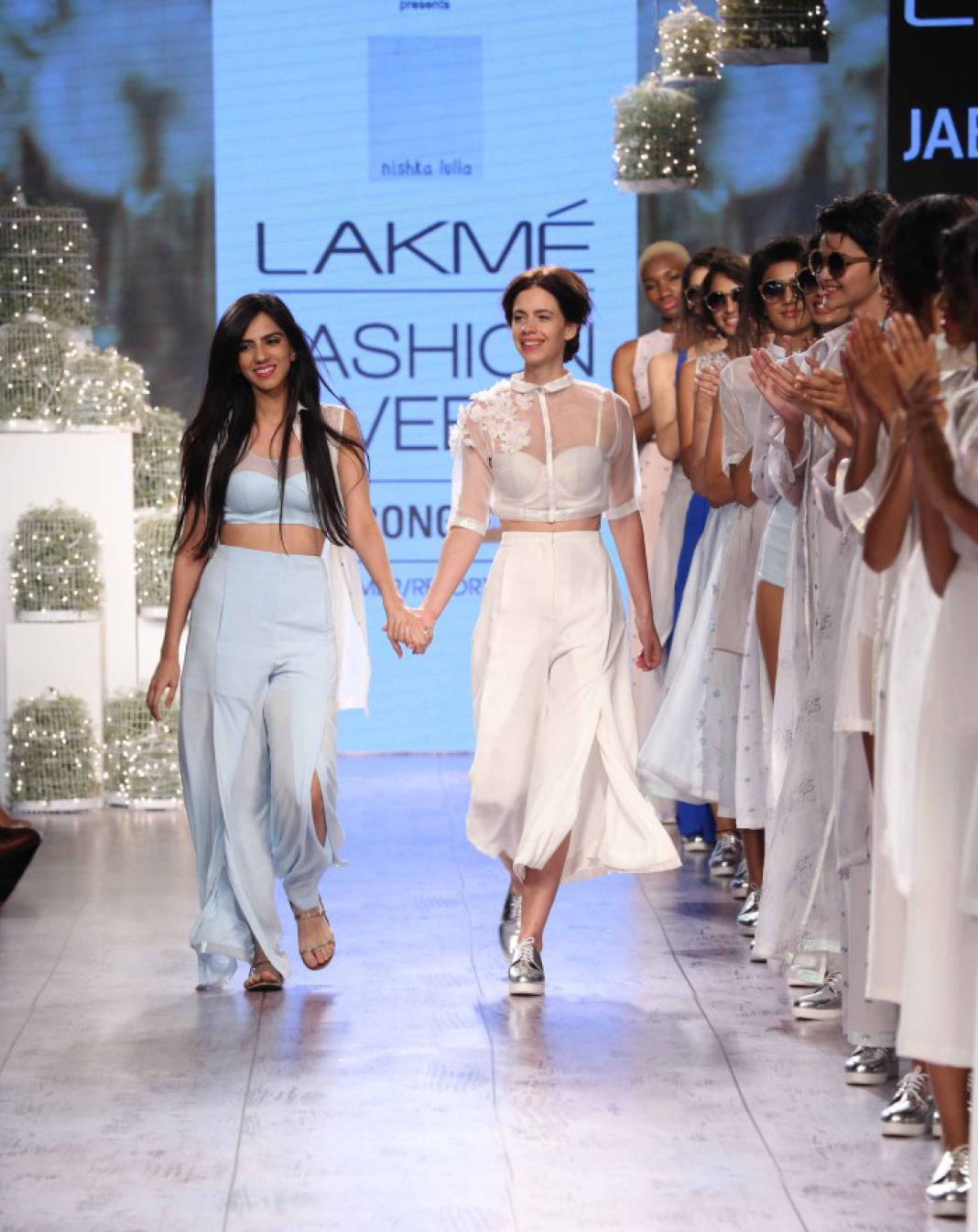 After three days of elegant and sophisticated ensembles, the latter half of Day 4 sprung forth a youthful and playful flavour at Lakme Fashion Week Summer/Resort 2015 in Mumbai.

Working with flirty silhouettes, Lulla presented a host of garments like high-waisted shorts, widelegged capris, racer back tops and short blouses teamed with silver sneakers. The use of sheer material with an iridescent touch was strong, as seen in the pleated maxi skirts with playsuits visible underneaths and bomber jackets. Pretty dandelion embroidery and flower embellishments added a hint of girly-ness to the ensembles.

In keeping with the overall theme of the show, actress Kalki Koechlin playfully walked as the showstopper, tossing flowers at the audience from a bouquet. The pretty star sported a white bustier with a short top that boasted 3D florets, slashed flared widelegged pants and silver sneakers.

Karisma Kapoor, on the other hand, resembled a Russian doll in a strapless blush pink gown with a billowing skirt that flaunted rows of flowers in increasing size by designer Neha Agarwal. A pretty diaphanous cape with flowers on the border and neck added a delicate finishing touch to her look. 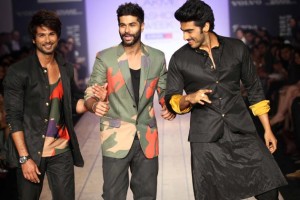 The show began with heartthrob Arjun Kapoor lending his swag to the ramp while actor Shahid Kapoor ended the show with his dark look.

Ending the day was celebrated couturier Suneet Varma who transformed the mood and the stage with eight chandeliers and four pillars. His bridal wear collection clearly targeted a younger audience, with shorter cholis, deeper necklines and midriff-bearing lehengas. The collection comprised everything from sheer net saris, lehngas and shararas to kalidars, trousers, capes, tube tops and even shorts-with shiny Swarovski crystal work and floral embroidery in shades of blue, dull gold, sindoor, fuschia, copper and black. 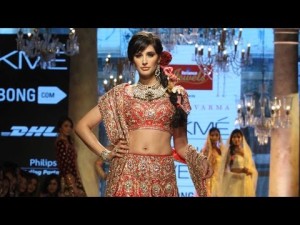 Actress Nargis Fakhri walked as the runway bride in a crystal studded red lehenga-choli set with an embroidered dupatta.

At Khurki, we firmly believe that every woman is a super woman. They are born jugglers who can balance, career, kids, husbands and home...
Read more
Bollywood

Staying fit is the first step to living healthy. So if you want to set your fitness goals or want to get stronger and flexible,...
Read more
Bollywood

Chivalry Is So Finished These days !!
Read more
Blogs

If you are an idiot, let the world know!
Read more

You will be amazed, Khurki bets.
Read more
Travel

Japan for most people is like a mystical land, with a rich culture and some of the most beautiful natural spots. But not many know...
Read more
Flicks

We truly couldn’t imagine any one else but Piggy Chops from Bollywood as a lead in an American TV show Quantico. Way to go girl! We've...
Read more
Blogs

Celebrating the Statue of Liberty! Nearly 130 years ago, France gifted the U.S. with one of the most prolific symbols of freedom the world over. Since...
Read more
Humour

Girls Who Don’t Wear Makeup Will Relate With This!

Makeup is something that generally makes you look pretty. 90 out of 100 girls love to apply some red lippy, sweep some mascara, and...
Read more
Bollywood

With Salman Khan going to jail, you can expect all his ex-girl friends to make headlines again. Salman has always lived life on his terms,...
Read more