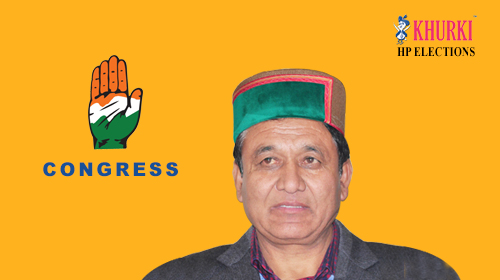 Jagat Singh Negi is the Kinnaur MLA. He is associated with Indian National Congress. He is son of Shri Gayan Singh Negi. He was born on 2nd February, 1957 at Kalpa, Distt. Kinnaur. He is B.A. and LL.B from DAV College, Chandigarh and Panjab University, Chandigarh. He is married to Susheela Negi.

Kinnaur is one of twelve administrative districts in the state. The district is divided into three administrative areas – Pooh, Kalpa, and Nichar – and has five tehsils. The administrative headquarters of Kinnaur district are at at Reckong Peo. From here, Kinnaur Kailash, considered to be the abode of Lord Shiva, can be viewed. As of 2011, it is the second least populous district of Himachal Pradesh (out of 12 district), after Lahaul and Spiti, but there are nine vital languages spoken in the district.

Jagat Singh Negi is MLA from Kinnaur. He is associated with Indian National Congress. He was elected as MLA from this Vidhan Sabha seat in the elections held in 2012. He won by a margin of 6368 votes. Tejwant Singh Negi of Bharatiya Janata Party was the trailing candidate.

Dera workers and managers from Kangra head for Panchkula

Shimla, Aug 25: Workers and managers (Premis) of the Baba Ram Rahim Singh Dera at Chachian in Kangra district are off to Panchkula where...
Read more
Himachal

Himachal's growth rate of Himachal Pradesh is expected to be 6.8 percent and per capita income likely to rise to Rs 1.47 lakh during...
Read more
Himachal

No Efforts Made To Widen Killer Stretch To Paonta Sahib

Shimla April, 20; The 60-km-long stretch between Ferach Pul and Minus along the Tons on the Hatkoti-Tyuni-Guma-Paonta Sahib national highway has become a killer...
Read more
Himachal

Houses along rail line to be razed

Checking Into A Hotel Room? Don’t Use That Glass!

And these are the five stars, don't mind!
Read more