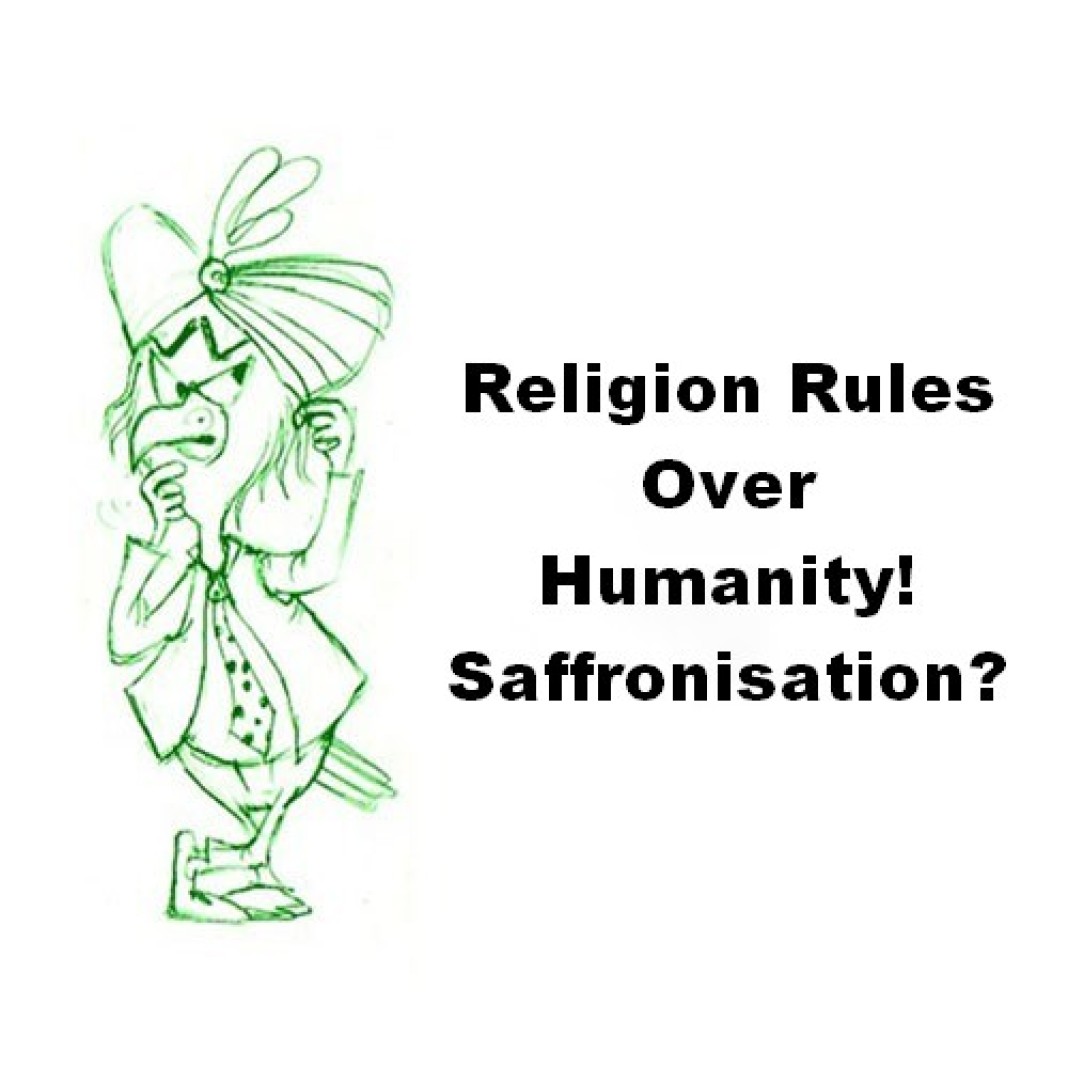 In the name of saffronisation, are we supposed to infringe on the what the other person’s religion propagates or allows? And would we allow our religion to supercede humanity?

Well, that is exactly what seems to be in this case reported from Dadri near Delhi.

A 50-year-old man was beaten to death by a mob on Monday night, allegedly over rumours that his family had eaten beef.

Mohammad Akhlaq and his son, 22, were dragged out by villagers in Dadri in Uttar Pradesh, around 45 km from the capital, and beaten with bricks. Akhlaq died before he could be taken to a hospital and his son is critical.

Before assaulting the father and son, the villagers broke into the house, wrecked everything and even attacked the women.

The men were still being beaten when the police arrived. Six men were arrested from the spot.

Akhlaq’s daughter said they only had mutton in their fridge. The police say they have taken the meat and sent it for forensic testing.

The family had lived in the village for over three decades. The police are investigating how the beef rumours started.

News of the arrests led to tension in the area as villagers clashed with the police, forcing them to fire in the air. Villagers have claimed that a boy was injured in the firing.

As various accounts swirled on social media, the district administration warned against trouble-makers.

In India a Muslim gets murdered just because a rumour gets afloat about him having JUST consumed a BEEF. #BeingMuslimInIndia

It’s ironic it was just a rumour. They killed a man for allegedly consuming #beef And Police is interested in finding out what meat it was. — Abdus Samad عبدالصمد (@Abdul__21) September 30, 2015

To think most news channel offices are just a few kms away from where a man was killed over a ‘beef eating’ ‘rumour’. Wake up call! — Rajdeep Sardesai (@sardesairajdeep) September 30, 2015

Well, this one is definitely a rarely seen performance. I stumbled upon this so-called rare footage of Aamir Khan dancing on Shahrukh Khan's Tum Paas Aaye...
Read more
Humour

Aren't we not scared enough for women of our country that people like this guy share their sickness on people's facebook? Women from age...
Read more
Blogs

What Are The 10 Must-Haves For That Desi Look!

So you are going gaga over this new item number which talks about the desi look but couldn't see even the slightest of desi-ness...
Read more
Blogs

Don't do this and you will become likeable!
Read more
Blogs

Cute Reactions By Babies On Seeing Their Daddy! #HappyFathersDay

We all lobe our babies but what happens when we see the love coming back? Watch this video for the adorable, cute reactions when babies...
Read more