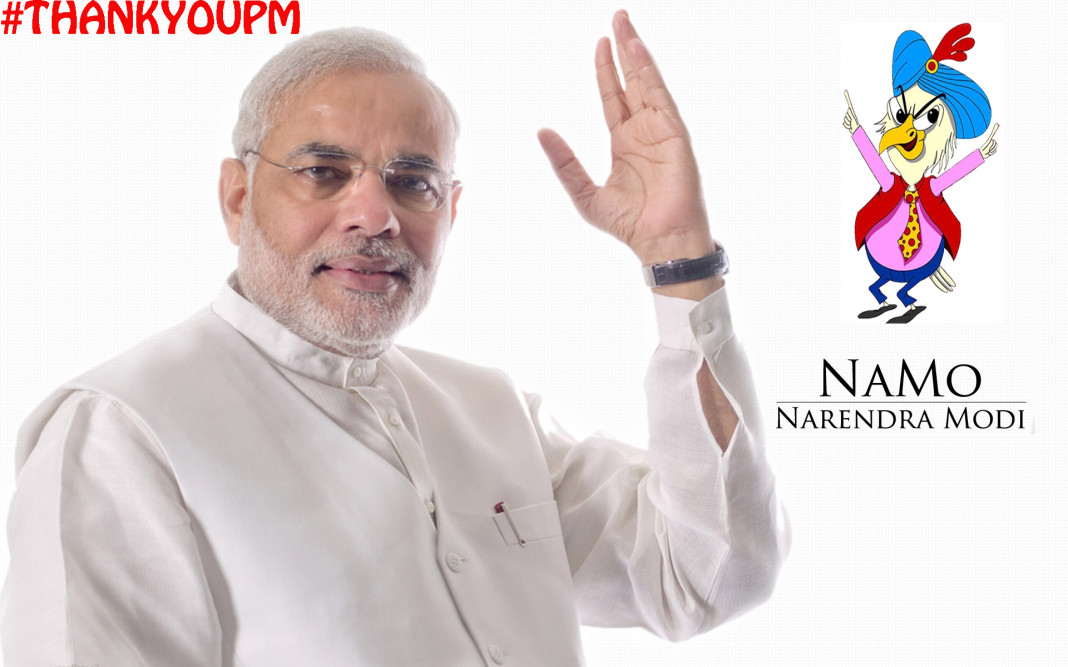 A devastating earthquake struck Nepal on Saturday registering 7.9 on the Richter scale, leaving more than 4,300 dead so far. India has stepped up and offered all the aid possible to Nepal.

Sadly, what should be seen as India’s duty has now developed into the self-serving #ThankYouPM hashtag on Twitter.

The PM, however, was extremely modest on Twitter and noted that it is our culture that teaches us “Seva Parmo Dharma” or “It is our highest duty to serve others.” He also added that we should instead thank youngsters who are mobilising aid to Nepal, volunteers, doctors, NDRF teams and aid workers who are on the ground working hard to return normalcy to Nepal.

When there is some one who leads with Right intention all goes well. #ThankYouPM pic.twitter.com/gUpQ7CDDUe

Every 1 is praising #Modi for his vision & promptness. But some ppl are really jealous. nways who cares ? #ThankYouPM pic.twitter.com/QbxlHxihTA

Not only India, Now Even whole world knows that we have PM. We were missing it for last 10 Years. #ThankYouPM #ThankYouIndianArmy

When exceptional work underway, appreciating someone is not that difficult. >> #ThankYouPM @MEAIndia https://t.co/SAjl6n2APP

Mandi, Oct 27: An earthquake measuring 4.4 on the Richter scale was recorded in the Mandi region of Himachal Pradesh on Friday, an official...
Read more
Himachal

News, trends, almost everything these days reminds you of how cruel the world has become. The loss of human values is a major loss...
Read more

Couple of months after being found face down and unresponsive in a bathtub in her Georgia home — and a month after being moved...
Read more
Bollywood

2016 is definitely a good year for Adnan Sami who received his certificate of Indian citizenship from Minister of State for Home Kiren Rijiju in...
Read more
Bollywood

Salman Khan And Katrina Kaif Paired Together For His Next?

After Watching This You Surely Will Switch Off Your Internet

There comes a time when we come across certain things which make us switch our life from internet and go from online to offline...
Read more
Load more
KHURKI

Perrie Edwards, the Little Mix singer, was performing at an AOL Build event when she broke down on stage while singing the song "The...
Read more
Blogs

I love summer! A statement seen by most to be dripping with sarcasm. And immediately followed by the question: How can somebody love this...
Read more