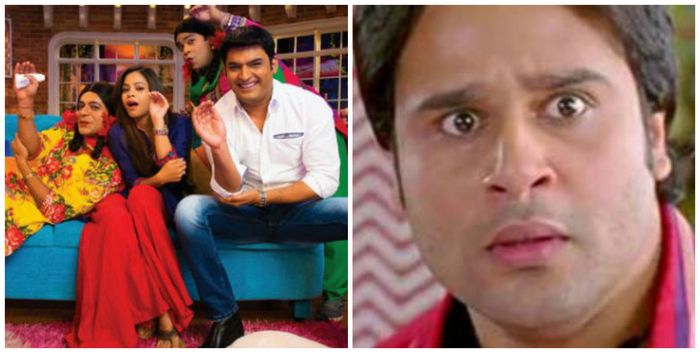 The truth is out.

Soon after Comedy Nights With Kapil was taken off Colors channel, Sunil Grover promised that they will be back. And, it has been confirmed information that everyone’s favourite comedian Kapil Sharma is set to kickstart his new show with Sony channel!

Ouch! Krushna Abhishek are you ready a face-off with Kapil now (wink wink).

However, there are speculations that Kapil Sharma’s new show on Sony will not include Navjot Sidhu and Sumona Chakravarti (his on-screen wife). But according to a report in SpotboyE, the new show is moving forward and both Sidhu and Sumona are very much a part of the show.

The best part is that not only did the team decide to stand with Kapil, but they also stayed back with him. Now we can say that Krushna Abhishek get ready “The Real Baap of Comedy” is back to give you the Baba ji ka thullu with his full team.

The report in SpotboyE further added: Kapil and his team even had a long meeting with Sony CEO NP Singh at JW Marriott in Juhu on Thursday night. A source says, the show is likely to kick off by end of March or first week of April and will share the same timing with Krushna and Bharti Singh’s shows- Comedy Nights Bachao (Saturday) and Comedy Nights Live (Sunday).

Wow….KHURKI is really happy to know this!

Richa Chadda To Work With Aishwarya In Sarabjit Biopic!

A movie to watch out for...
Read more
Bollywood

Big B Is The King Of Bollywood!
Read more
Blogs

Cutest-Ever Whatever Gesture Comes From This Toddler

You are sure to go awwww so cute....
Read more
Flicks

Coming this Sunday on Star Plus @ 8 pm!
Read more
Bollywood

Love & hate are seemingly the only topics picked by Indian filmmakers. Picked up recently as a hot favourite are revenge saga. Even actors of such...
Read more
Bollywood

Bollywood stars will stop endorsing brands, it seems. The "Dola Re" girls definitely would. Close on the heels of Aishwarya Rai Bachchan running into rough...
Read more