Ae Mohabbat on the life of Begum Akhtar!

For the first time, the Queen of Bollywood industry Kangana Ranaut and renowned actor Irfan Khan would be seen together in lead roles.

They last worked together in 2007’s Life in a Metro and now Kangana & Irfan are said to be coming together in the upcoming movie “Ae Mohabbat” based on the life and times of famous ghazal and Thumri singer Begum Akhtar. 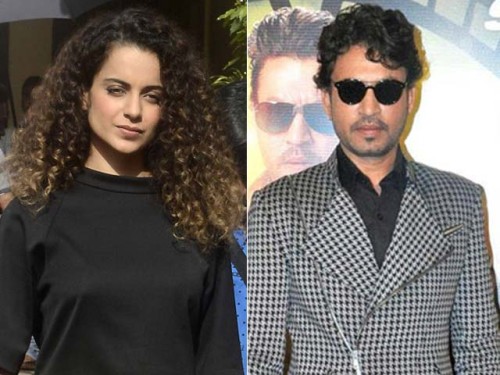 On Tuesday, Ae Mohabbat Productions and Shri Anup Jalota Productions announced the movie on the times and life of Begum Akhtar, who is also the recipient of Padma Bhushan and is an icon of Indian classical music.

Ketan Mehta will direct the movie and big thing is that Oscar winner A.R. Rahman is giving the music to the movie.

“We are trying to get Kangana Ranaut to play one of the stages of Begum Akhtar in the film,” said Director Ketan Mehta.

Also read: Bollywood Actresses Who Prefer The Puff To Health