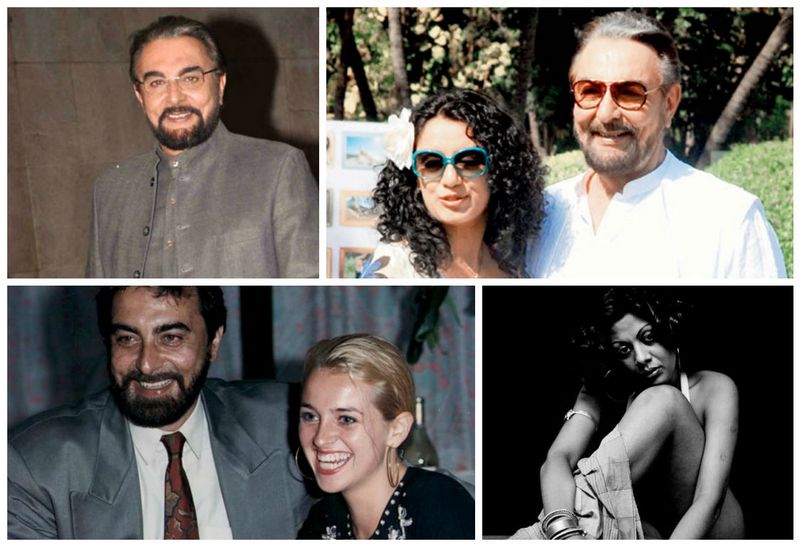 Veteran actor Kabir Bedi recently celebrated his 70th birthday by tying the knot with Parveen Dusanj. After being in a relationship for almost 10 years, he chose to give another name and happy ending to his love story. But for all those who don’t know about Kabir Bedi’s married life, this is his fourth marriage.

Parveen Dusanj is his current wife and very close friend of Kabir Bedi. He tied the knot with her on his 70th birthday. Parveen is born British and is four years younger to Kabir’s daughter Pooja Bedi. Kabir and Parveen, who have an age gap of 29 years, have been together for 10 years now.

One of India’s most famous international actors, Kabir Bedi was married to Nikki from 1992 to 2005. Nikki Bedi is a British television and radio presenter and she retained her married name after an amicable divorce. They had no children.

Susan Humphreys at No. 2!

British born fashion designer Susan Humphrey was his second wife. Bedi and Humphreys have a son Adam Bedi, who is a model and made his Bollywood debut with ‘Hello? Kaun Hai!’ However, she and Kabir ended their marriage and he married radio presenter Nikki.

Protima Bedi met him during her modelling days. And after a few months, she walked out of her parents’ house to live with him. It was another indication of her expression of individuality, which continued throughout her life. She married Kabir in 1969 and had two children – Pooja Bedi and Siddharth Bedi. She had an unfortunate death during her pilgrimage to Kailash Mansarover in 1998.

This man undoubtedly didn’t live like other people. He always lived the way he wanted to and didn’t want to influence anyone with his story.

Which one is better? On screen or Off screen chemistry?
Read more
Bollywood

Staying fit is the first step to living healthy. So if you want to set your fitness goals or want to get stronger and flexible,...
Read more
Blogs

The trailer sure is promising...
Read more
Blogs

We all love to use our phones and other gadgets to take our pictures and share them with our friends. Selfies, as they are called,...
Read more
Blogs

Khurki is undoubtedly a big fan of Rekha's...
Read more