‘Jai GangaaJal’ Shows Priyanka On The Poster and I must say she’s looking pretty clenched yet sad..!! 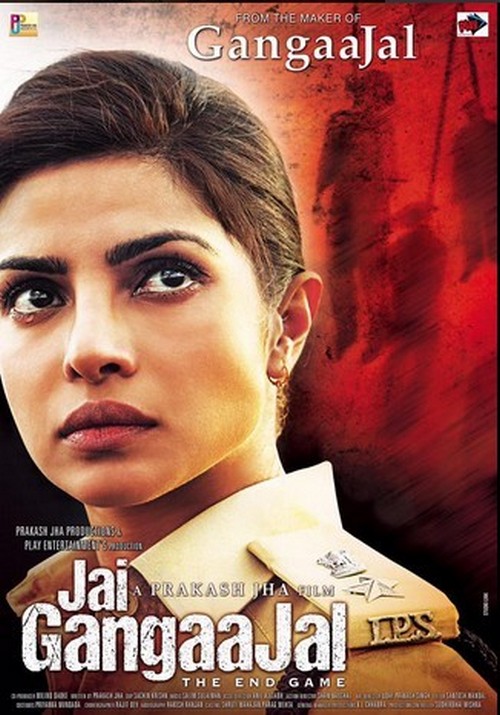 Priyanka showed her gratitude for the film:

So proud! Thank you @prakashjha27 for giving me ‘Jai Gangajaal’! In theatres on March 4, 2016 – over to u guys! pic.twitter.com/rNtFfHkjol

‘Jai Gangaajal’, which was earlier titled ‘Gangaajal 2’, is the sequel to Ajay Devgn’s award winning film Gangaajal (2003). The earlier film was based on the Bhagalpur blindings. In ‘Jai Gangaajal’ , Priyanka Chopra plays the role of officer Abha Mathur, who takes on influential men in her region. Since the poster release..here’s what the film fraternity had to say..

@priyankachopra every film,every move you lift the bar & wow the world,how many hrs do you have in a day to do all you do? #WhatsSheMadeOf — kunal kohli (@kunalkohli) September 15, 2015